Feedback on "The Bill to Push Canada's Agenda in Space"

During the meeting, CSA President MacLean stated that the CSA required an additional budget of "2 Billion over five years" to "put us at the table" and drive innovation. He also stated unequivocally that “Everything we do is to align with (Canada’s) science and tech strategy.”

Those of us interested in having a little context to the discussion before wading into the comments and opinions might want to listen to this audio recording of the meeting hosted on the ParlVU website. To listen, you simply click on “Advanced View” and select “English Audio 32K”and your reward is almost two hours of fascinating context on our politicians and our space program which will help to illuminate the discussion below.

As for the rest of us, who might perhaps be too impatient to do the appropriate due-diligence, here are some of the more interesting comments, views and opinions received over the last few days interspersed with some context, some personal opinions and even a list of four things that independent space focused businesses should lobby the government about.

To begin with, Canadian Space Society President Kevin Shortt (who also subscribes to the discuss@spacecommerce.ca e-mail list where I get some of my best ideas), seems to have provided perhaps the most direct and relevant commentary on the discussion by stating:


"The thing that struck me was that everyone (in the meeting) seemed interested in the idea of pursuing exploration of the solar system but lacked the knowledge to ask the intelligent questions on what it would take to accomplish those goals. Then they would turn around and ask questions concerning why so much money is being invested in space technology.

This tells me that while there is an interest to invest in this kind of thing, there is a fundamental lack of understanding in the basic process to get this technology "off the ground" which makes justifying the expense that much more difficult. My feeling is that until there is that fundamental understanding, any programs that involve spending money on space will be short-lived and hard to maintain."

Shortt's comments certainly seem accurate to those of us who have listened to the meeting, but are also confusing to those of us (including Shortt) who are aware of Canada's longstanding science and technology strategy which encourages the commercialization and utilization of newly developed technologies as described in my May 22nd post "The "Three Kings" of Canadian Commercial Space".

This policy has essentially remained unchanged for decades and enjoys a broad consensus of support across the generally partisan, Canadian political party lines. Of course, it is certainly possible that those politicians who were aware of the strategy, like Liberal MP Marc Garneau, either attended the meeting but intentionally kept quite or else managed  to be absent for the discussion.

Some readers focused on good reasons why Canada should continue on with space focused activities whatever the cost. After all, $2 billion extra spread out over five years on top of the existing budget does seem like a lot of money and politicians might want some sort of justification to authorize those expenditures. These justifications could include:
No doubt the above are valid points, but the first two items need some sort of tracking mechanism which politicians can use to justify their decisions, while the third and the fourth are generally nice to have but only follow logically upon the successful completion of the first two.

After all. kids and foreign politicians generally aren't inspired or interested in giving out goodwill without something useful actually being done that they can see and become excited about. 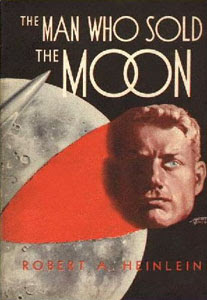 So what about that final point about our essential nature and going boldly? It sounds great and it's made some people who write fiction quite a bit of money, but as a practical justification of why we should undertake space focused activities it just doesn't seem to have worked so far to convince the skeptics.

Even the great 1960's adventures of the Apollo program only went boldly in order to keep the Russians from getting their first.

So while going boldly often make for a good story, maybe the time has come to find new hero's with different stories to tell. Perhaps we need someone like Delos D. Harriman, an entrepreneurial businessman who masterminded the first landing on the Moon as a private business venture in the 1949 Robert A. Heinlein novel "The Man Who Sold the Moon."

Or maybe that's a topic for another time...

Moving back to today's topic, it's important to note that several readers took me personally to task for my suggestion to move the debate into the political arena and lobby the federal government. One commented said flat out that "since we don't officially know what the LTSP is yet or why it will cost an additional $2 billion over five years, it might be worthwhile for you to suggest some good things to lobby for, rather than just suggesting that we call up the our local MP to say hi."

They're right and an alternative is indeed needed. So here's what I'd personally call up my MP to lobby for: 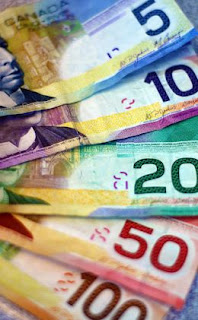 Points three and four are specifically focused on funding through tax credits for space science and R&D, which is quite palatable to politicians right now, if only because there are no requirements for up-front government funded capital investment or ongoing financing. Plus, the returns from the program can be easily measured through the filed tax forms of the program participants.

Taken in total, these four points are proposals that politicians will understand without a lot of education, training or prompting and be able to track without the need to refer to any deeper philosophical arguments.

They are also helpful for companies interested in raising money to do a little science and commercialize some technology for space focused activities and that's why I'd advocate them.

Of course, I'm fully aware that taxation is a blunt instrument for social policy and sometimes leads to unintended consequences as you can infer from the recent May 2010 SR&ED Update on the Canadian Advanced Technology Alliance (CATAAlliance) website, which talks about another Canadian tax credit program and what it's supposed to accomplish:


"Once again, the (SR&ED) program seems to have strayed back to the CRA’s (Canada Revenue Agency) traditions and focus on compliance instead of on the effective delivery of an incentive program.  For whatever reason, the program’s leadership just cannot get it right."

So the ideas aren't perfect but they are a start and we all need to start somewhere. 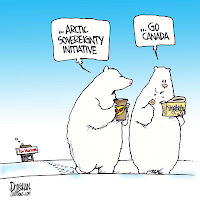 But again, they are a start and we all need to start somewhere. In this case, I'm even willing to publicly go on record as stating that I don't think that the MacLean proposals, as summarized in the as yet unreleased LTSP, will address national security and economic infrastructure issues either.

Anyone looking to prove me wrong is encouraged to release the LTSP and point out the appropriate passages in the document.
Posted by Chuck Black