According to the April 29th, 2010 Spaceref.ca article "Parliamentary Committee to Meet Astronaut Delegation" a  delegation of astronauts led by Canadian Space Agency (CSA) President Steve MacLean is scheduled to meet with members of the House of Commons Standing Committee on Industry, Science and Technology (INDU) on Tuesday, May 11th, 2010 from 9:00 - 11:00 am.

But the official Parliament of Canada website containing the published agenda for the meeting is sparse with only the date, location and names of the astronauts in the delegation so we're not totally sure what's expected to occur.

However, we're certainly able to make suggestions to our political representatives about topics and track their responses since INDU includes opposition members of parliament, is also normally open to the public and is usually webcast on ParlVU.

So I'm going to make a suggestion to the INDU members. 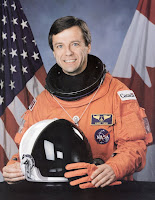 INDU should ask CSA President MacLean and the other participating Canadian astronaut (Robert Thirsk, who holds the Canadian records for the longest space flight and the most time spent in space) about our missing Canadian long term space plan (LTSP).

After all, INDU last made news in the Canadian space community back in 2008 when it held meetings on the aborted sale of portions of space contractor MacDonald Dettwiler and Associates (MDA) to American-owned Alliant Techsystems (ATK). Out of these meetings developed a Canadian consensus on the need for an updated LTSP which was duly added to the original mandate of then new CSA President MacLean and is presently referenced in official CSA documents like the Reports on Plans and Priorities 2010-2011 although it remains officially unreleased.

So INDU has a history of asking these sorts of questions.

INDU is also certainly the most appropriate venue to ask about the revised Canadian LTSP and what else the Canadian government has done since 2008 to address national infrastructure and arctic sovereignty issues arising out of the aborted MDA sale.

The upcoming INDU meeting is also the best opportunity to ask these questions to CSA President MacLean, who is scheduled to be there and was the person hired in 2008 specifically to develop the appropriate answers. In fact, Jim Prentice, then Minister of Industry who made the 2008 official announcement on the appointment of the  then new CSA President and the need for a new LTSP stated unequivocally that:


I have given (CSA President) Steve (MacLean) a mandate to make sweeping changes at the CSA. As we stand at this crossroads, he will revitalize the Agency. He will restore its ability to punch above its weight in an international quest. He will develop Canada's capacity for a new era of prestige and achievement.

And to that end, as one of Steve MacLean's first acts as new President, the CSA will begin consultations with stakeholders that will lead to a new Long-Term Space Plan (LTSP). I expect this plan — the fourth in the series — to be as influential for our generation of exploration and development as any plan that Canada has produced for charting our future in space. That's a tall order. I know that Steve is capable of bringing together the stakeholders. Time is of the essence, and I look forward to the plan in the coming months. 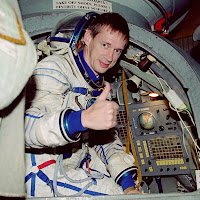 Many, many months have passed and it would be nice to finally release the document and begin all the substantive changes needed to prepare Canada for this promised new era of prestige and achievement.