Building Rockets for their Red Glare.

Canada is beginning to slowly lurch forward towards redeveloping the skills needed to build rockets, as demonstrated by this recent announcement between the Norwegian based Andøya Rocket Range (ARR), the National Center for Space Related Education (NAROM), the University of Oslo, the Institute for Space Science, Exploration and Technology (ISSET) at the University of Alberta, the University of Calgary and the University of Saskatchewan to form a ten year, bilateral student sounding rocket program that includes student exchange in physics, electronics and engineering. 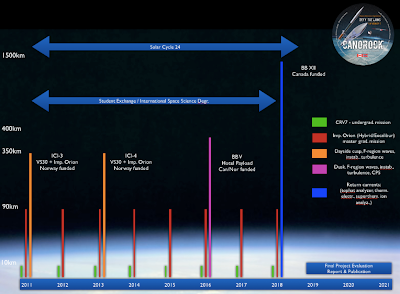 Dubbed the Canada-Norway Student Rocket Programme (CanNoRock) the collaboration was announced at the conclusion of the recent Canadian Space Agency (CSA) workshop on suborbital platforms and nano-satellites which finished up on April 16, 2010. 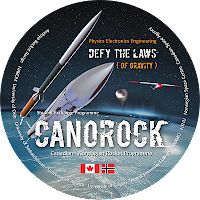 Of course, this is not the first time that Canadian students have gone to Norway to launch rockets under the CanNoRock banner. According to this November 26th, 2009 article "Students launch experimental rockets in Norway" posted on the Rocketry Planet blog, Canadian students go to Norway because they "could not have launched a sounding rocket in Canada since there are no longer any rocket ranges."

But this is the first announcement of a  long term plan codifying co-operation between the Norwegian and  Canadian organizations.

According to the Rocketry Blog, post on "What is a Sounding Rocket:"


Sailors the world over used to throw a weighted line into the water off of the ship to gauge the depth of the water. This was known as “to sound” or “a sounding”. Basically it was a measurement of the current depth. That is what research rockets usually do…they take measurements. This is why they are often called Sounding Rockets.

Sounding rockets inhabit an interesting intermediary stage somewhere between the short range hobby rockets used by enthusiasts such as the Canadian Rocket Society or the Canadian Association of Rocketry (CARWeb) and launchers capable of putting payloads into orbit. Sounding rockets are normally used to carry instruments from 50 to 1,500 kilometers above the surface of the Earth.

Canada has a long history of expertise in this area with the Black Brant sounding rockets and their two stage Excalibur variants. However, Alberta-born designer Albert Fia, who developed the Black Brant rocket in the 1950's for Bristol Aerospace (and thus enabled his firm to become an industrial-scale rocket manufacturer) died in 2004 and recent development in this area has languished.

The Fort Churchill rocket launch site, built in 1954 by the Canadian Army to study the effects of auroras on long distance communications was essentially shut down and abandoned in 1985, although in 1995 a private company called Akjuit Aerospace made an unsuccessful attempt to reopen the facility.
Posted by Chuck Black