The Bill to Push Canada's Agenda in Space 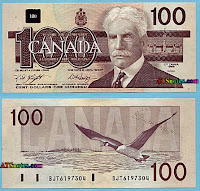 On April 25th, as part of my post under the title Presidents Choice I suggested that there was something in the Canadian Space Agency's still unreleased long term space plan (LTSP) that the Prime Minister and our government in Ottawa disagree with.

Last week we finally found out just what that point of contention is.

According to the May 12th article "Bill to push Canada in space to top $2B: MacLean" on the Parcs3c blog, there is no point of contention in the LTSP itself.

The point of contention has to do with the cost to implement the plan. According to the article:

This parliamentary committee is the House of Commons Standing Committee on Industry, Science and Technology (INDU) which met with MacLean, Canadian astronaut Robert Thirsk, Japan Aerospace Exploration Agency (JAXA) astronaut Koichi Wakata and European Space Agency (ESA) astronaut Frank De Winne on May 11th (those interested in a little more context on the committee should check out my May 2nd post Space Men Invade Parliament: Parliament Retaliates Through Committee!)

The article then goes on to quote CSA President MacLean as stating:


“You know what? If you want to do a first rate on some of the examples (of potential CSA projects) I gave you, you are looking at an additional budget of $2 billion over five years. That will put us at the table. That will drive innovation.

We now know why the government doesn't want to implement the LTSP. It's expensive, essentially doubling the existing $390 million annual CSA budget for the next five years.

So now we need to make a choice.

We are at the point where advocates of the LTSP need to start talking directly to local MP's. While the CSA can collect the information needed to make policy recommendations and certainly controls policy implementation, the policy must also be approved and funded at the federal government level before implementation can proceed.

It will certainly be interesting to see what happens next and where this path will end up taking CSA President MacLean and the agency he heads.
Posted by Chuck Black