These three firms will likely have more effect on Canada in space than anything happening at the Canadian Space Agency (CSA) and much of the reason for this is the ongoing government policy to encourage research commercialization as the cornerstone of the Canadian science and technology strategy. 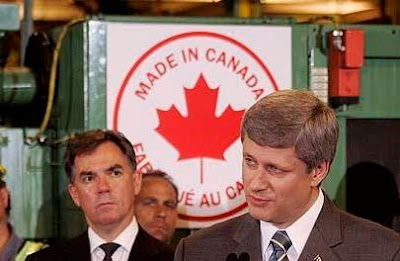 It's also generally been a very, very successful policy.

For example, Telesat (created in 1969 as a Canadian government owned or "crown" corporation under the Pierre Trudeau liberal government) was originally mandated simply to develop communications services in the far north. It used technology developed through another government department, the Communications Research Centre (CnRC), which was then responsible for coordinating research and development activities in communications. 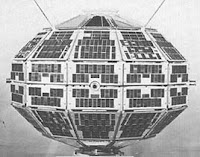 CnRC activities then were much like CSA activities now and included most of 's early satellite launches such as Alouette 1, the first satellite designed and built by any country other than the United States or the Soviet Union.

The technology transfusion from CnRC certainly helped Telesat to become an iconic representation of how Canadians use space focused solutions to solve terrestrial problems, tie together the country and then continue forward to make a bit of money on the side.

Telesat is, of course, directly credited with several space focused "firsts" of its own including the world's first domestic communications satellite in geostationary orbit operated by a commercial company (ANIK A1). It currently owns a fleet of 13 satellites plus operates 13 additional satellites for other entities. These assets are administered by 500 employees with a yearly budget twice that of the CSA, which makes Telesat the fourth-largest fixed satellite services provider in the world.

But whatever the bottom line might show, the recent awarding of the John H. Chapman Award of Excellence to the first president of Telesat, Dr. David Golden for his "outstanding contribution to the Canadian space program" reinforces the longstanding perception that Telesat has always been more than just a business. One day writers will create fascinating historical accounts of Telesat's early activities in much the same way Pierre Burton wrote about the railroads when he called them "The National Dream."

The same could also be said for MDA, although the genesis for this perception is more recent and grew out of the aborted sale of the space portions of the company to American-owned Alliant Techsystems (ATK) in April 2008.  The sale, eventually blocked by the Conservative government, served to highlight national security and economic infrastructure issues which have not yet been formally addressed or resolved although MDA has since moved on to become the prime benefactor of Canadian government contracts relating to Earth imaging and arctic sovereignty.

In fact, MDA has become such an iconic Canadian company that there is even an MDA satellite (RADARSAT-1, the first Canadian Earth observation satellite) along with it's Gatineau based ground station tracking antenna on the back of the Canadian $100 dollar bill. Radarsat International, Inc. (RSI), the Canadian private company created in 1989 to process, market and distribute Radarsat-1 data was acquired by MDA in 2006 and renamed MDA Geospatial Services International (GSI).

MDA also used the skills gained through it acquisition of SPAR Aerospace Ltd., the company which designed, developed, tested and built the first Canadarm, to do the same with the Canadarm2 as part of Canada's contribution to the International Space Station (ISS).

COMDEV is the newest on our list but is also the firm with perhaps the most potential and the greatest part of it's story still to come. With 1300 employees and FY2009 revenues of around $240 million, according to Bloomberg Businessweek, it has about 2/3rd the cash flow but more than twice the employees of the CSA.

Founded in 1974 to supply microwave equipment to the emerging space industry, the firm is currently moving into the miniaturized (or micro-satellite) market in a big way through the ongoing activities of COMDEV subsidiary, exactEarth Ltd. It is also moving forward with a micro-satellite based automatic identification system ( called exactAIS™), the maintenance of ongoing R&D relationships with Canadian universities including the University of Toronto Institute for Aerospace Studies (UTIAS) Space Flight Laboratory (SFL) and it's recent purchase of Routes AstroEngineering (Routes).

According to the firm website, "over 80 percent of all commercial communications satellites ever launched have had COMDEV technology on board."

So now that we know the players, we need to ask how the CSA, the government agency "committed to leading the development and application of space knowledge for the benefit of Canadians" according to the website "CSA - About the Canadian Space Agency," should go about interacting with these "Three Kings" of Canadian commercial space.

At the very least, the CSA needs to do it in a way that fulfills and compliments the ongoing government policy to encourage research commercialization as the cornerstone of an overarching science and technology strategy.

So does the CSA ignore the Three Kings, subcontract out to them, administer and guide their activities or act as an incubator for their eventual successors and competitors? Maybe it should perform all or none of these functions or even perhaps try something else entirely to grow our Canadian space footprint?

The discussion on the appropriate actions for the CSA to take will likely be the subject of a future post. Stay tuned.

From: Kieran A. Carroll

(I still can't seem to figure out how to post comments to your blog...)

In "The "Three Kings" of Canadian Commercial Space", you referred to the Communications Research Centre as CnRC; AFAIK, everyone in the community refers to it as CRC. You also wrote:


In fact, MDA has become such an iconic Canadian company that there is even an MDA satellite (RADARSAT-1, the first Canadian Earth observation satellite)..."

Radarsat-1 was built by Spar Aerospace, and I'm pretty sure that the satellite belongs to the Crown. (Unlike Radarsat-2, for which the CSA agreed to a deal in which MDA owns the satellite). You also wrote:


"MDA also used the skills gained through it acquisition of SPAR Aerospace Ltd., the company which designed, developed, tested and built the first Canadarm, to do the same with the Canadarm2 as part of Canada's contribution to the International Space Station (ISS)."

If I recall correctly, the Special Purpose Dextrous Manipulator("Dextre") was the only significant element of the Mobile Servicing System for the ISS that wasn't complete at the time that Spar sold their space division to MDA."

Editors Note: Kieran is not the only person having trouble posting comments right now and I'm not sure how to go about fixing the problem. Anyone able to assist (especially someone who knows HTML) is more than welcome to give me a call and we'll see what can be done.

Otherwise, I'll be posting comments manually so don't be shy. Send your questions, queries, concerns and comments to mr.chuck.black@gmail.com.
Posted by Chuck Black