The Perils of Being a Niche Player

No one in Canada knows the essential tools of crafting public policy better than the "aero" component of the Canadian aerospace industry. Just take a look at how they've defined the current big, sexy industry story which, oddly enough, has absolutely nothing to do with rockets, Radarsat's, Martian rovers or long term space plans.

Instead, it's all about sixty-five "first-strike shock-and-awe" Lockheed Martin F-35 Lightning II fighter jets the Stephen Harper government committed to buying back in July 2010 to replace Canada's aging fleet of McDonnell Douglas CF-18's.

The final decision over whether to move forward with this purchase will be almost entirely a political decision, heavily dependent on who wins the next election and fueled on all sides by financial arguments wrapped around tedious Canadian tax code provisions, various regional economic development programs and potential "hi-tech" employment opportunities.


Absent from the debate will be any substantive discussion of the F-35 capabilities and whether the purchase is appropriate for Canadian requirements.


The AIAC disagrees strongly with the claims made today by critics to the effect that Canada has nothing to lose in cancelling the current deal. According to Dr. (Claude) Lajeunessse, President and CEO of AIAC: “The contracts signed by our companies for the F-35 make it clear that countries must buy the planes if they want to participate in supplying, building and sustaining the entire production of the F-35.”

They care about our military having the right tools for their mission just as much as any of the rest of us but they also understand the simple fact that Canadian's are niche players in the F-35 project. Our role is to come on board for subcontract work after the project requirements have been set by the prime contractors and to buy the plane when it's ready.

So it doesn't really matter whether the F-35 fulfills our military needs just so long as AIAC members specifically (and Canadian in general) get the jobs and the economic advantages that act as selling incentives for project participation.

And these incentives are indeed, quite substantial. 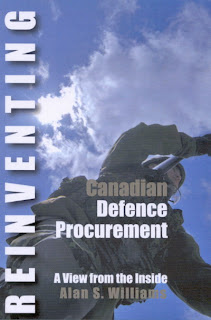 Of course, total Canadian government costs for the acquisition are expected to total in the area of $16 billion over the life of the F-35, which doesn't work out to a net financial positive for Canada, but the financial incentives are expected to come early in the program and should lead to new capabilities and opportunities which can be used later to develop new markets and perhaps offset some of the long term costs.

At least, that's what the advocates of the program are hoping.

Canada a small player in the much larger field of F-35 partners. The program has three levels of international participation with the United Kingdom participating as the lone level one partner, Italy and the Netherlands contributing as level two partners and Canada, Turkey, Australia, Norway and Denmark committed to level three partnership. Other participants in the project include Israel and Singapore who are formally committed as security cooperation participants.

Canada does have the advantage of participating in the program from the start and likely does have some small input into design and capabilities but the F-35 is built to US specs for a US mission using (mostly) US money. It's unlikely that the American's will make significant modifications in response to Canadian requirements.

For those of us who would like to focus, at least a little, on the reasonable questions regarding F-35 capabilities, it's worthwhile checking out the Airliners.net Military Aviation and Space forum under the topic "F-35 a possible CF-18 replacement for Canada" or the Air Power Australia article "F-35 JSF: Can It Meet Canada's Needs?"

But for those of us more interested in how the debate is framed by the decision to be a niche player, here's a second example from the October 14th, 2010 Canadian Press article "Purchase of F-35 fighter jets a bad idea, says policy centre" which states that:


"A report released by the left-leaning Canadian Centre for Policy Alternatives says the multibillion-dollar purchase isn’t based on the country’s real needs. Liberal MPs agreed, saying they will kill the deal if they get the opportunity."

According to the article, Industry Minister Tony Clement said the liberal promise to kill the deal threatens jobs and the well-being of the aerospace industry. “What aerospace workers in Canada need is a government committed to securing their jobs, not putting those jobs at risk with partisan antics” he said in a statement.

Notice again how the actual F-35 capabilities and Canadian military requirements are of only secondary importance to the industrial and job related needs in much the same way that the discussions around canceling the (still not quite dead yet) US Constellation human spaceflight program never really involved actual requirements for human spaceflight. 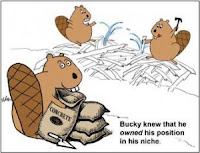 There's nothing essentially wrong with being a niche player or focusing on economic development. It builds good relationships with your neighbors, creates jobs and capabilities plus helps you learn things from others which you might not otherwise pick up. Sometimes, but not always, there are even tangible financial benefits.

But it doesn't always move forward Canadian interests and it might not be our role of choice in every instance.

Canadians on the "space" side of the aerospace industry know that, someday, someone, somewhere is going to begin moving forward again to define Canadian space interests either through a new long term space plan or through some other mechanism.

This role is not the only choice for Canada? It may not even be the best.
Posted by Chuck Black