Manned space flight has always been considered high risk and while insurance is traditionally considered boring, it's also a necessary component of high risk activities, at least according to the article "Viability of Commercial Crew Plan May Hinge on Risk-sharing Scheme" written by Brian Berger and published April 2nd, 2010 on the Space News website.

But how does this US focused article relate to Canadian space activities?

That's an easy question to answer. Although we have astronauts just as brave as the Americans and all those other nations with astronauts, we also have a history of hitching rides into space on other, mostly American, launch vehicles. In order to continue doing this, we need to know what our best and most consistent ride into space is planning to do and what other options are available just in case something high risk happens.

Some of the Americans are also concerned about risk, at least according to the article, which states:


"As NASA devises its strategy for fostering development of a commercial successor to the space shuttle, the nation’s primary rocket builder is cautioning the agency not to count on industry for a substantial upfront investment in an endeavor rife with uncertainty."

The article focuses on an interview with Andrew Aldrin, director of business development for Denver-based United Launch Alliance (ULA) who seems to have a strong preference for the sort of insurance provided only by a contract that "appropriately distributes risk between industry and government."

This is a shame, because the US government is not the only organization capable of providing insurance for space focused activities. There are quite a few others, most of them private and they even get together every two years at the biannual International Space Insurance Conference to talk about the financial, legal, scientific and risk management questions associated with these activities. At the last conference in Venice in 2009, keynote speaker Benito Pagnanelli, the President of Pagnanelli Risk Solutions went so far as to say that the global credit crisis was "hardly touching the space sector" and there was plenty of money available for further expansion. The National Aeronautics and Space Administration (NASA) was even listed as a sponsor of the 2009 event. 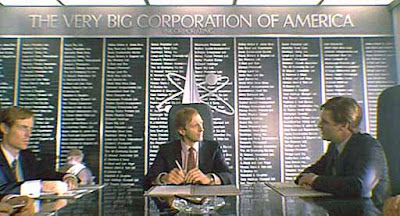 But if Mr. Aldrin is indeed asking specifically for government assistance, it's quite likely that he was not really looking for an insurance policy in the traditional sense, but was instead politely advocating for something called a cost plus, or cost reimbursement contract which Wikipedia defines as a contract where a contractor "is paid for all of its allowed expenses to a set limit plus additional payment to allow for a profit."

In essence, a cost plus contract provides a guaranteed profit on top of all the other expenses and this must makes quite a bit of sense for Mr. Aldrin when you consider that his very big employer is used to this sort of deal. ULA is a Boeing-Lockheed joint venture which today depends on hundreds of millions of dollars in US Air Force "sustainment" funding on top of it's regular fees in order to keep its doors open.

Of course, this likely doesn't make ULA a good business bet for the long-term, but the company does provide the only proven US launchers presently capable of delivering manned space capsules to orbit with their Atlas 5 and Delta 4 rockets. So if Mr. Aldrin is indeed in the midst of attempting to position itself as a major supplier for the National Aeronautics and Space Agency (NASA) emerging human spaceflight program, he needs to be taken seriously, at least for awhile.

But quite soon, ULA will face stiff competition from the Russians (with their existing Proton family of heavy launchers plus the coming Angara series), the French (with their Ariane 5) and from smaller, more nimble US based firms like Space Exploration Technologies Corporation (Space-X, with their Falcon rocket family) who are advocating fixed pricing contracts where the amount of payment does not depend on the amount of resources or time expended, but only on the service provided.

Mr. Aldrin needs to be asking himself just what type of "assurance" his very big American corporation needs in order to compete effectively with this inevitable multitude of growing American and foreign competitors slowly popping up along the horizon?

As for Canada, we might want to start comparing our space faring options. Our hitchhiking days could be ending.
Posted by Chuck Black