Laws, contracts, definable milestones and proper procedures are certainly useful to the ongoing success of any business venture. But sometimes the rules are already in place to serve as useful guides to obligations and responsibilities and at other times (in an unregulated environment) we end up making up the rules as we go along.

Maybe that's what handshakes are for. 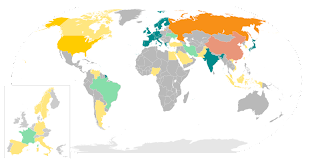 But while the signs are good (especially based on some of the early work relating to satellite orbital slots), only time and further discussion will define the legal rules and responsibilities relating to access to the high frontier.


Highlighting the many ways in which space technology had proven essential, not only for exploring outer space, but also for addressing many of the global challenges facing the world today, the representative of Sweden, speaking on behalf of the European Union, said that the growing number of actors in outer space could risk the security of space assets.


There are certainly a lot of agencies and organizations focused on activities related to outer space and space exploration. For example, a Wikipedia list of "government only" space agencies includes over seventy players with over a dozen possessing independent launch capabilities including the Israeli Space Agency, the Iranian Space Agency, the French Centre National d’Études Spatiales (National Center of Space Research) and the National Space Agency of Ukraine. 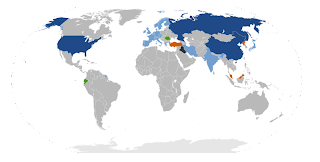 And the Wikipedia list doesn't include any of the up and coming newspace private sector players, the universities (focused on research but with the capability to build and control satellites) or the private telecommunication companies also operating satellites.

Without even a proper inventory of the players it's not yet clear what type of cooperation is required in order to protect "the security of space assets" and the UN document doesn't really go into a lot of detail.

As a guess, this phrase might relate to keeping military focused activities out of the high frontier but reconnaissance has always been a legitimate military activity and it's often difficult to tell the difference between military satellites directing cruise missiles and civilian satellites tracking commercial aviation (GPS satellites have distinctly military origins).

There is also an entirely reasonable concern over the tracking and cleanup of space debris to "keep the orbital channels free" for manned and unmanned spaceflight activities.The Sapphire project, partially organized by the Department of National Defense (DND) as part of it's contribution to the US Space Surveillance Network is a sample of Canadian contributions in this area..

But the phrase might also be intended to focus on issues surrounding banning weapons from space and at first sight, there does seem to be an obvious differentiation between weapons and other objects like reconnaissance collection devices or data transmission satellites. However, remember that any object impacting at 3 km/sec delivers kinetic energy equal to its mass in TNT and this includes any object accidentally (or intentionally) falling out of orbit.

So any object placed in orbit can act as a weapon no matter what it objectively looks like or ostensibly does simply by dropping out of orbit.

Most satellites do that eventually.

And then there's the The Kzinti Lesson, taken from a series of science fiction novels by Larry Niven where it was discovered that "a reaction drive's efficiency as a weapon is in direct proportion to its efficiency as a drive." This means that anything able to lob an object into orbit is also likely to make a pretty reasonable weapon in a pinch.

Perhaps these are some of the reasons why the US doesn't want China, Iran or North Korea to possess a satellite launch capability.

Here's our best guess of what a near future space war would look like.


Current UN delegates might remember the 1967 Outer Space Treaty, one of the first attempts to develop an internationally recognized set of laws governing space activities.

Although it's been ratified by almost 100 nations and is primarily focused on banning space based nuclear weapons and weapons of mass destruction, the treaty provides no proper definition of what weapons of mass destruction are and doesn't forbid the placement of more "traditional" weapons in space. It also contains clauses covering "international responsibility" which are commonly perceived of as being a hindrance to space focused business activities.

Only time will tell how these current UN discussions and position papers effect business opportunities in the high frontier. Hopefully, the UN will not just attempt to simply deny access to space until the legal concerns and conflicts are ironed out.