According to the article "Space markets post strong growth, defy economic crisis" which was posted yesterday on the SpaceFlight Now web page, markets for commercial communications satellites, Earth observation spacecraft and their launchers are all "remarkably unaffected by the global economic crisis" and continue to soar ever higher with yearly double digit growth. 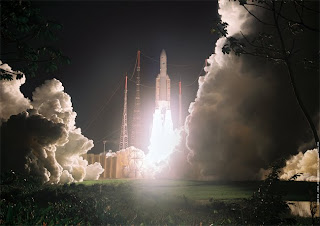 The article is based on recent report from a variety of sources, including consulting firms Northern Sky Research, Euroconsult, Futron Corporation and Forecast International and include assessments of commercial satellite supply and demand plus growth in the world market for expendable launch vehicles, both of which are expected to continue along their existing strong growth trajectory for at least next several years.

One exception to the generally positive forecast is the "Space Coast" region around Cape Canaveral and the Kennedy Space Center.

According to the article:


...very little of this new business will be launched from the world's foremost spaceport. Without new Presidential direction on human space goals, KSC is seemingly "moon stuck," facing major layoffs as the shuttle program ends.

And the growth is also detouring around Cape Canaveral's expendable boosters because the United Launch Alliance Atlas 5 and Delta 4 largely priced themselves out of the commercial market, now better satisfied by Europe's Ariane, the Russian Proton and Chinese boosters in emerging markets. 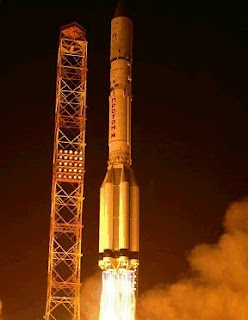 In Canada, although there are no long term goals being set through the Canadian Space Agency (and with the CSA still patiently waiting for President Steve MacLean to release his update on Canadian space policy) local firms are well positioned to either expand into new areas of expertise (like what satellite component builders MDA and COM DEV are doing as described in my recent post "Canadian Component Builders "Moving Up the Food Chain" to Build Complete Satellites") or partner with larger firms (as Nautel has done with Ad Astra Rocket Company).