Preparing for the Next Great Canadian Gold Rush!

Today John Chapman sits at his desk in J A Chapman Mining Services where he provides general engineering and mine economics consulting for a variety of mining companies, but he started out in the field doing exploration, development and operations work for bigger firms including Placer Dome and Manalta Coal (then Canada's largest coal company) where he developed strong technical, managerial and administrative skills and learned how to operate major mining equipment such as loaders, dump trucks, bulldozers, graders and scrapers. 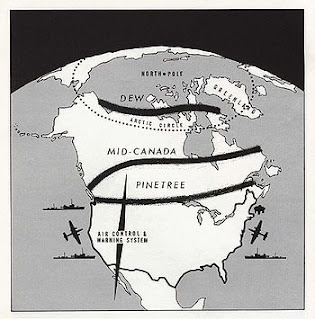 At one point, he even acted as a welder on the Distant Early Warning (DEW) Line high up in the Canadian Arctic.

But all this practical expertise might just make him a bit of an anomaly in his other role as an advocate focused on the commercial development of useful space technologies. This is an area of expertise heavily populated by narrowly focused academics and scientists who often seem more comfortable writing well crafted abstracts for theoretical symposiums than going out in the field and getting their fingernails dirty operating heavy machinery.

Chapman is perhaps a little more modest regarding his capabilities. For example, according to an open letter he wrote to Canadian Space Agency (CSA) President Steve MacLean on October 30th, 2009:


I am a semi-retired mining engineer that for the past nine years has invested in the space industry and at the same time worked to raise the Western Canadian awareness of the importance of space science and technology to Canada and to society in general. I have authored and presented several papers on mineral exploration, mining and finance at space conferences in China, Europe and Canada. In 2008 I was the lead organizer and sponsor of the Return to the Moon event at the BCIT Aerospace Campus in Vancouver that featured Harrison Schmitt, Tom Jones and Robert Richards (see www.bcit.ca/returntothemoon). As the "space champion" on the UBC Thunderbird Robotics Advisory Board I am pleased to report that the Team just returned from placing sixth at the NASA Centennial Challenges, Regolith Excavation Challenge at the Ames Center in California. They used UBC students that were US citizens in order to qualify in the Competition.


Why would someone write an open letter to the CSA President? According to Chapman:


…the reason for me writing this letter is to seek your support in creating a system of prizes for Canadian universities, business and individuals, similar to the NASA Centennial Challenges in the USA. It is my opinion that a Canadian system of prizes will yield greater and faster returns for government and private space investors.


He quotes from the October 22nd, 2009 issue of the Economist in an article titled “Space Hopper: a prize for a moon lander will be won this month.”


I quote from this week's Economist in the Science and Technology Section, "…provided ample demonstration of the effect, long known in technology-prize circles, that the money and effort invested in winning far exceed the financial value of the prize itself….in the right context, and with right design, prizes can work. Their other advantage is that – in contrast to the fat government contracts on which much of the aerospace industry thrives - the money is handed out only when the goals are achieved. That is a lesson in incentives that governments would do well to remember".


So far there has been no response to the letter by CSA officials but Chapman believes that “someone needs to be the Western Canadian champion” for this sort of activism to train the next generation of mining engineers, experts and space focused entrepreneurs.

He also believes there are lessons to be learned from financing mechanisms used in the mining industry where the high up-front costs, expected long lead times before generating a profit and adverse physical conditions create surprisingly similar financial and technical constraints no matter where the mine happens to be located.

Even if that mine is located on the Moon, states Chapman unequivocally.

He cites financial tools and tax credits used specifically to build the Canadian mining industry as tools which can also be used to build aerospace and newspace focused Canadian business. One of his suggestions is to expanding the use of something called “super” flow-through shares and related investment tax credits to include space focused investments. He recently co-authored (along with several executives from MacDonald Dettwiler and Associates) the paper titled “Creating a Robust Canadian space research exploration and development industry” which focused on these investment tax credits and was presented at the 2008 Canadian Space Summit. 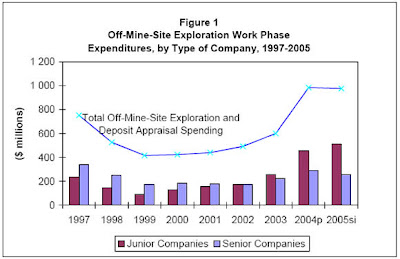 But both financial and educational processes and procedures need to be in place in order to grow Canadian opportunities and that’s why Chapman always talks about both mining the moon and funding student prizes to teach people the necessary and practical skills needed to do this successfully.

Chapman is on the Advisory Board of The UBC Thunderbird Robotics TEAM TREAD that was recently profiled in the November 2009 issue of Resource World along with a second article titled “Mining on the Moon Revisited” by author Jennifer S. Getsinger. Previous articles in the publication have profiled astronaut Harrison Schmitt and mining helium 3 on the moon (June 2008).
Posted by Chuck Black