New media stalwart "The Huffington Post," listed as the "Top Blog for Authority" by Technorati has joined the debate on the future of NASA with a series of articles focused on "Launching Commercial Space Flight" by X-Prize Foundation founder and newspace icon Peter Diamandis, which is a follow-on to previous articles by planetary science writer Jeff Goldstein on "Weighing in on the Blue-Ribbon Panel Exploring NASA's Strategic Options For Human Space Flight" and Seth Borenstein who believes that "Obama's space panel says moon return is a no go." 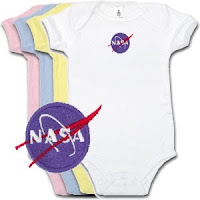 These article join other recent articles on the future of NASA published online by Discover Magazine ("The Future of NASA"), The Orlando Sentinel ("Future of NASA's manned space program comes before Congress") and quite a few others as they attempt to interpret the Augustine Committee Preliminary report.

For those interested doing the appropriate due diligence, the Augustine document is located here in PDF format.

Given that the Canadian Space Agency President Steve MacLean and NASA Administrator Charles Bolden Jr. have just signed an agreement on "Civil Space Cooperation" it might be worthwhile for Canadian's to do some research and get a sense of who we've decided to continue to cooperate with.

Ten years from now, we may have more money and greater options than they have.
Posted by Chuck Black