According to Investors.com author Brian Deagon in his June 18th, 2010 article "VC Funding One Void In Commercial Space" the venture capitalists who provided seed funding for so many other industries have so far stayed away from commercial space activities. 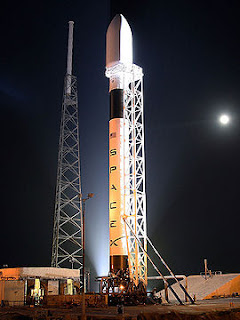 The article can find only one exception. Space Exploration Technologies (Space-X) has received $20 million from venture capital firm Founders Fund, whose partners include PayPal co-founder, Peter Thiel plus $20 million from VC firm Draper Fisher Jurvetson (Deagon might have missed the undisclosed amount provided in June 2007 by Boston Harbor Angels to XCOR Aerospace as outlined in this June 7th, 2007 X-Cor press release).


Of course, these amounts were only a fraction of the total that Space-X needed in order to finance it's recent successful Falcon 9 rocket launch. That launch led directly to Space-X receiving a $492 million USD contract with Iridium Satellite Communications to replace the sixty six aging satellites in the Iridium satellite constellation with an updated Iridium Next constellation.

Look for Space-X to land a few more contracts for a lot more money over the next little while. According to the article June 16th, 2010 article "Space-X Undercut Competition To Clinch Head-turning Iridium Deal" from the Space News website:


The implied price — $6.8 million for each 800-kilogram Iridium satellite launched into a 780-kilometer orbit — is at a level not seen in the launch industry since Russian and Ukrainian rockets were first introduced into the commercial market in the mid-1990s. These vehicles’ prices have since risen sharply.

The contract is a good match for both sides with Iridium able to launch several satellites on each Falcon-9 at a lower cost per launch and Space-X getting a second revenue stream large enough to render it virtually independent from NASA and it's budget woes (and for some context on recent NASA budget woes, it might be worthwhile to check out the recent posts on the Space Politics blog).

According to the article "Elon Musk on Why His Rockets Are Faster, Cheaper and Lighter Than What You’ve Seen Before" posted June 18th on the Private Equity website (peHUB), there are a number of good reasons for the Space-X success including vertical integration, more innovation, less outsourcing and an almost "silicon valley" mentality.

According to Space-X CEO Elon Musk as quoted in the article:


Some of what we’ve done is really just common sense — for example, using the same propellant in the upper and lower stages means that operationally, you only need to have one set of fuel tanks. If you can imagine a situation where you have a kerosene first stage, hydrogen upper stage, and solid rocket side boosters, you’ve just tripled your cost right there. 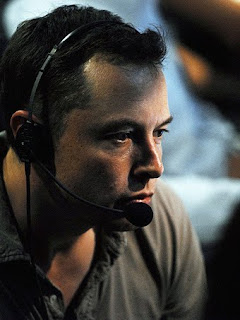 Our tanks are friction steel welded, [aluminum] skin and stringer designed as opposed to machined aluminum, [giving us] a 20 fold advantage in the cost of materials, and our stage ends up being lighter …because geometrically, we can have deeper stringers.

No doubt, the two venture capital firms supporting Space-X will very shortly receive a suitable return on their investment. When this happens, watch the market open up.
Posted by Chuck Black