COMDEV International, one of the "three kings" of Canadian commercial space activities has certainly had a bad last couple of months, if you believe the business publications. 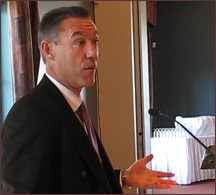 But the most interesting story was posted June 11th on the online edition of The Exchange, which bills itself as the magazine for business, economic development and entrepreneurs under the title "COMDEV Announces Second Quarter Fiscal 2010 Results." The article quotes COMDEV CEO John Keating as stating that:


Our commercial products business, which now generates over 60% of revenues, continues to perform very well.

According to the article, Keating then goes on to blame the revenue shortfall on delays launching their first two operational satellites, delays in funding the RadarSat Constellation program and the lack of federal government funding for the Canadian Space Agency (CSA) long term space plan (LTSP). According to Keating:


The funding of Radarsat Constellation in the recent federal budget could lead to over $80 million of revenues for us over a five year period, but it might also result in deferring the start of the next significant optics program.

An important priority for us is to secure optics work for our COMDEV Canada division to replace the James Webb Space Telescope program which is nearing completion. The Canadian Space Agency’s proposed Long-Term Space Plan prioritizes a number of programs that would most likely involve a role for COMDEV, but the Plan has not yet been funded. We are pursuing all possible avenues to win new orders for the division.

These articles follow close on the heels of CSA astronaut Julie Payette's June 9th comments at the Greater Victoria Chamber of Commerce where she is quoted on "the importance of funding for a Canadian space program" according to the post "Canadian Astronaut Speaks to the GVCC" on the C-FAX 1070 News website.

On May 11th, 2010 while speaking before the House of Commons Standing Committee on Industry, Science and Technology (INDU), CSA President Steve MacLean stated that the CSA likely needed an additional $2 billion over five years in order to "drive innovation."
Posted by Chuck Black