Changing Paradigms and the Rise of Hacker Ethics 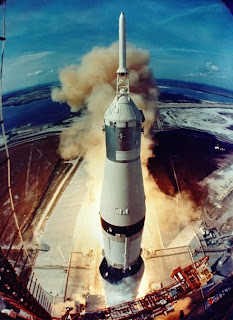 For many space advocates around the world, our glorious and near mythological Apollo centric past remains front and center within the various large and small space focused organizations and lobby groups as they continue to champion giant macro-engineering projects with billion dollar plus budgets spread over decades as being the best (perhaps the only) way to open up the final frontier. Examples include space solar power advocates (including many who attended the November 2009 Space Canada Conference in Toronto), those in favor of colonizing the Moon or Mars (such as Robert Zubrin and Richard Wagner in their book "The Case for Mars") and space elevator advocates.

Even within our only tangible legacy of that era, the US based National Aeronautics and Space Administration (NASA) large and complex macro-engineering programs (such as the Constellation project) with ever growing price tags continue to be promoted even amidst the growing perception that NASA can be best understood as simply a massive public works project.

According to Professor John Hickman in his article "The Political Economy of Very Large Space Projects":


While popular science writers typically describe the benefits to be derived from their favorite very large space development project in detail, their treatment of the crucial initial capitalization of such projects is typically sparse or implausible. Capitalization is a crucial problem for these projects because the total capital investment required is very large and the investment takes a very long time before producing economic returns. “Chunky” investments are unattractive to most private investors and lenders.


According to Edward Miller, this bias towards the large and complex is part of an unstated but also unquestioned belief in the need for "major public transportation projects, global supply chains, large scale social programs and economies of scale" when dealing with almost any current problem.

In his article "How to Redesign our Communities for the Internet Age" Miller states that these beliefs:


... have become so integral to our way of life, that they are hardly ever questioned. Granted, Wal-Mart is often used as a public target for venting our frustrations at these things, but virtually all business nowadays is conducted using global supply chains, economies of scale, and so forth. Thus, our political discourse usually revolves around ways to prop up these very systems, since these are the only ones we know.

Miller believes that centralized structures are able to create artificial scarcities and this invariably leads to corporatism, regulatory capture, secrecy and something he calls rent seeking which eventually stifles further progress and often results in the development of centralized and repressive hydraulic type empires where scientific advancement (and most growth of any kind) essentially ends.

This might not be the society space advocates envisioned when when they made the original demand for their pet mega-projects.

Miller suggests that the government role should be to encourage self contained and local scale invariant projects "like the hyper-local RepRap project which is allowing production right in your living room" to foster a "new urbanism" where production takes place in vertical farms, factories, and community hackerspaces.


We need to incentivize open and collaborative production. For example, creating prizes for contributing to the Commons. In 2007 there was a proposed bill called the Medical Innovation Prize Act which sought to incentivize patent-less medical inventions. If only it was this sort of mentality that guided us for the past few decades, then we wouldn't have ever had such a monstrosity of a healthcare system. The same mentality could guide any industry. A useful exercise would be to think how it could guide the industry you are currently involved in.


This is the core of what people are beginning to refer to as the hacker ethic, but how does this new way of thinking relate to Canadian aerospace and space focused businesses and industries?

As outlined in this recent article from spaceref.ca titled "Canadian Space Agency Releases Report from the 6th Canadian Space Exploration Workshop" the answer might just relate to this recently released CSA Report.

Some of these areas also seem tailor made for small organizations operating on tiny budgets subscribing to the hacker ethic of sharing, decentralization and open access. Some might even be appropriate areas to start the development of the small self contained and local scale development organizations focused around the "hacker ethic."

This could be just what is needed to grow Canadian space focused industry at a fraction of the cost of traditional industrial development projects.

Maybe someone should start the process and build a hackerlab (perhaps using the existing Toronto based Hacklab.to as a model) in order to assist with some of these new CSA directions. After all, we don't want the CSA to end up like NASA, as "a massive public works project."
Posted by Chuck Black