Almost two years after construction of the controversial Thirty Meter Telescope (TMT) on Mauna Kea (Hawaii's tallest mountain) stalled when the Hawaiian State Supreme Court rescinded its construction permit, the project is officially moving forward again after the state land board granted a new permit for the $1.4Bln USD project. 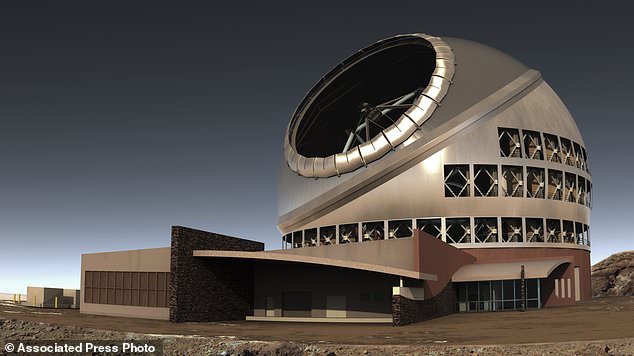 However, and as outlined in the September 28th, 2017 Associated Press post, "Controversial plans for $1.4bn giant alien hunting telescope on land sacred to Native Hawaiians gets go ahead," the decision has ignited new controversy and opponents are expected to again appeal the decision to the state Supreme Court.

According to the post, "telescope officials don't have any immediate construction plans and will consider its next steps." Plans for the project date to 2009, when scientists selected Mauna Kea after a five-year, around-the-world campaign to find the ideal site for what telescope.

However, and as outlined in the November 1st, 2016 post, "Thirty Meter Telescope Builders Choose Alternative Site To Mauna Kea In Hawaii," the consortium promoting the project has begun exploring alternative construction sites as a back-up plan.

For background on the TMT, its worth checking out the December 6th, 2015 post, "Hawaii Supreme Court Rescinds Permit to Build Thirty Meter Telescope."