A Short History of the CSCA

Viable commercial space activities go back at least 50 years to the 1960's when the first Early Bird satellite was successfully launched into geosynchronous orbit according to David M. Livingston in his paper, Space: The Final Financial Frontier. And Canadian companies have always been leaders in this area. 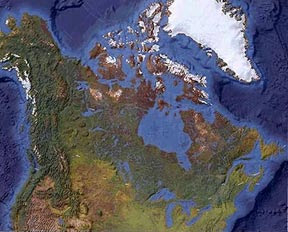 But the Canadian Space Commerce Association (CSCA), presently preparing for its 2010 annual conference on March 16th, is of far more recent vintage. The association, originally calling itself the Canadian Space Chamber of Commerce grew almost organically out of a failed attempt by a small Canadian group of volunteers to win the Ansari X-Prize for building the first privately funded suborbital spacecraft (a competition won in 2004 by US based firm Scaled Composites).

The consensus growing out of that attempt was that there was (and still is) a strong need for an industry group representing smaller, Canadian based companies, entrepreneurs and start-ups seeking to understand and improve the legal, regulatory, entrepreneurial and financial environment for Canadian space and newspace focused organizations.

The CSCA has always had an interesting and eclectic mix of speakers at their annual conferences (which are normally held at the MaRs Development District in Toronto, Ontario).

2008 conference speakers included Robert Richards (who spoke about Odyssey Moon, at the time a new firm recently incorporated on the then unknown Isle of Man), Burton Lee (who talked about lessons learned from his experience with the Space Angels Network raising money for space focused start-ups) and Peter Evans, from the MaRS  Development District (who talked about venture capital, business plans and growth models).

2009 speakers were mostly CSCA members providing overviews of their businesses and included Robert Moru, president of A-Line Tools, Brian Feeney, president of the Dreamspace Group and Kevin Wong, senior partner at StoneCracker Scientific. Even I gave a short presentation in 2009 on the most recent Rideau Roundtable on Space where we discussed the need to develop a coherent Canadian space policy (a topic which I still write about on occasion).

It will be interesting to see who ends up on the 2010 schedule of speakers, which is focused on "Our Growing Canadian Commercial Space Sector."  Since I'll be attending the event (I'm one of the organizers), this is the point where I extend an invitation to my readers to attend so we can meet and compare notes.

I look forward to seeing  you there.
Posted by Chuck Black