I've just finished up my first full day at the 2009 Canadian Science Policy Conference and couldn't help but notice the large number of leading experts on Canadian science, policy and innovation in attendance. 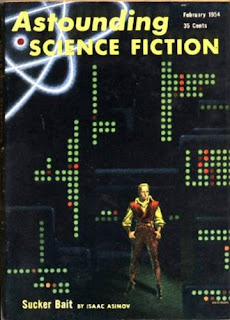 These include Gary Goodyear, Minister of State for Science and Technology, John Milloy, the Minister of Training, Colleges and Universities and Minister of Research and Innovation, Preston Manning (these days with the Manning Centre for Building Democracy) plus the presidents of the Natural Science and Engineering Research Council (NSERC), the Canadian Institutes of Health Research (CIHR), the Social Sciences and Humanities Research Council (SSHRC), the Ontario Centres of Excellence and about 220 other scientists, engineers, policymakers, industrial R&D managers and others with an interest in the intersection of policy, science and technology.

I'm told that at least two people from the Canadian Space Agency (CSA)  were there as well and it's important for them to attend science policy conferences like this because of the CSA mandate as listed on their website which is:


To promote the peaceful use and development of space, to advance the knowledge of space through science and to ensure that space science and technology provide social and economic benefits for Canadians.


But I couldn't help but notice the overall lack of aerospace, new-space and "just plain space" focused people at the conference (with the exception of the two CSA people, Rachel Woen Tjoen from Bombardier and Kevin Shortt, President of the Canadian Space Society out of a total of 300 attendees).

This seems odd given the recent speech by Claude Lajeunesse, President and Chief Executive Officer of the Aerospace Industries Association of Canada (AIAC) at the 2009 AIAC Annual General Meeting on October 14th, where he stated:


A recent AeroStrategy study commissioned by AIAC and Industry Canada on the impact of Globalization on Canada reveals that today, Canada is absent from the top 10 countries in the world for investment in Aerospace R&D, manufacturing and MRO.  Canada has not sufficiently taken advantage of the ‘investment boom’ of the past 20 years.


The full text of the speech is posted on the AIAC website here but it seems that anyone with this sort of concern would reasonably want to meet with Canadian scientists and politicians to discuss these trends and go over options on how to reverse them.

Perhaps Mr. Lajeunesse just didn't know about the event this week or perhaps he was tired and shagged out after the AIAC AGM last week. Maybe he'll attend next year.

Perhaps the real problem is that that organizations tend to focus on conversations within specific narrow specialties ("scientists" or "engineers" or "space agency representatives" or "aerospace business people") but the problems cross disciplines and require multidisciplinary solutions with awareness of issues and debates in multiple contexts using terms of reference from seemingly incompatible disciplines which may not normally socialize, compare notes or even understand each other.

What's that you might ask? Here's an example, from "Sucker Bait", a 1954 novel by Isaac Asimov:

"Correct, captain. Look, in a way this is my fault. I should have briefed you on this. I would have, too, if the boy hadn't gotten so sick right after the take-off. It drove most other matters out of my mind. Besides, it didn't occur to me that he might be interested in the workings of the ship itself. Space knows why not. He should be interested in everything."

"He should, eh?" The captain looked at the timepiece on the wall. "Brief me now, eh? But no fancy words. Not many of any other kind, either. Time limited."

"It won't take long, I assure you. Now you're a space-going man, captain. How many inhabited worlds would you say there were in the Confederation?"

"Eighty-three thousand two hundred," said Sheffield. "What do you suppose it takes to run a political organization that size?"

Again the captain did not hesitate. "Computers," he said.

"All right. There's Earth, where half the population works for the government and does nothing but compute and there are computing subcenters on every other world. And even so data gets lost. Every world knows something no other world knows-almost every man. Look at our little group. Vernadsky doesn't know any biology and I don't know enough chemistry to stay alive. There's not one of us can pilot the simplest spacecruiser, except for Fawkes. So we work together, each one supplying the knowledge the others lack.

"Only there's a catch. Not one of us knows exactly which of our own data is meaningful to the other under a given set of circumstances. We can't sit and spout everything we know. So we guess, and sometimes we don't guess right. Two facts, A and B, can go together beautifully sometimes. So Person A, who knows Fact A, says to Person B, who knows Fact B, 'Why didn't you tell me this ten years ago?' and Person B answers, 'I didn't think it was important,' or 'I thought everyone knew that.'"

The captain said, "That's what computers are for."

Sheffield said, "Computers are limited, captain. They have to be asked questions. What's more the questions have to be the kind that can be put into a limited number of symbols. What's more computers are very literal minded. They answer exactly what you ask and not what you have in mind. Sometimes it never occurs to anyone to ask just the right question or feed the computer just the right symbols, and when that happens the computer doesn't volunteer information.

"What we need . . . what all mankind needs . . . is a computer that is nonmechanical; a computer with imagination. There's one like that, captain." The psychologist tapped his temple. "In everyone, captain."

"Maybe," grunted the captain, "but I'll stick to the usual, eh? Kind you punch a button."

"Are you sure? Machines don't have hunches. Did you ever have a hunch?"

"Is this on the point?" The captain looked at the timepiece again.

Sheffield said, "Somewhere inside the human brain is a record of every datum that has impinged upon it. Very little of it is consciously remembered, but all of it is there, and a small association can bring an individual datum back without a person's knowing where it comes from. So you get a 'hunch' or a 'feeling.' Some people are better at it than others. And some can be trained. Some are almost perfect, like Mark Annuncio and a hundred like him. Some day, I hope, there'll be a billion like him, and we'll really have a Mnemonic Service.

"All their lives," Sheffield went on, "they do nothing but read, look, and listen. And train to do that better and more efficiently. It doesn't matter what data they collect. It doesn't have to have obvious sense or obvious significance. It doesn't matter if any man in the Service wants to spend a week going over the records of the space-polo teams of the Canopus Sector for the last century. Any datum may be useful some day. That's the fundamental axiom.

"Every once in a while, one of the Service may correlate across a gap no machine could possibly manage. The machine would fail because no one machine is likely to possess those two pieces of thoroughly unconnected information; or else, if the machine does have it, no man would be insane enough to ask the right question. One good correlation out of the Service can pay for all the money appropriated for it in ten years or more."


Maybe a good place to start would be to begin attending each others parties, seminars and conferences.
Posted by Chuck Black