"Kodak" Moment for the Nobel Committee.

Although not officially listed as a formal spin-off of the space industry (having been invented in 1969 at Bell Laboratories and therefore more properly considered as a telecom based spin-off) the invention of the charged coupling device (or CCD) has revolutionized the field of astronomy and space imaging.

Yesterday, Canadian-born Willard S. Boyle and Amercan George E. Smith, were honored by the Royal Swedish Academy of Sciences by being presented with the 2009 Nobel Prize in Physics for their invention.

The usefulness of CCD's is all about the ability to couple them with sensors (such as photoelectric devices) to produce a charge that can be read electronically, then converted into an image or some other data format and transmitted over a distance (say from a satellite in orbit back to the Earth). 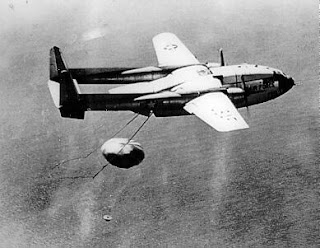 Such devices are found on almost every current scientific or military space vehicle including the International Space Station and the Hubble Space Telescope. They're considered to be quite an improvement over previous methods of collecting, transmitting and retrieving satellite data such as the low resolution television cameras used in the Ranger program or the techniques used by the Corona series of US military reconnaissance satellites (which required the physical retrieval of small re-entry capsules containing exposed but undeveloped film).

No doubt, the CCD also contributed to the recent decision by multinational Eastman Kodak to no longer manufacture kodachrome film since digital camera's also use CCD's for imaging and have essentially taken over what was once a film based industry.
Posted by Chuck Black