Waterloo, Ontario based Project Plowshares and Superior, Colorado based Secure World Foundation have just released their 2009 Space Security Report on behalf of the Space Security Index. 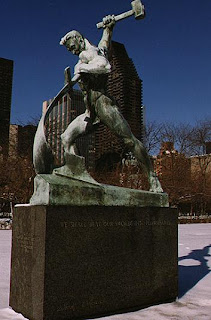 Partners in the study include the Institute of Air and Space Law at McGill University and the Simons Centre for Disarmament and Non‐Proliferation Research at the University of British Columbia. As well, the project is supported by the Canadian Department of Foreign Affairs and International Trade, the Ploughshares Fund and the Erin J.C Arsenault Trust Fund at McGill University.

The report is a useful resource focused on listing the players, their activities and the existing rules governing those activities in near Earth orbit and beyond.

For example, on page 83 the report provides this assessment of the commercial space sector:


The commercial space sector has experienced dramatic growth over the past decade, largely related to rapidly increasing revenues associated with satellite services. These services are provided by companies that own and operate satellites, as well as the ground support centers that control them.

The second largest contribution to the growth of the commercial space sector has been made by satellite and ground equipment manufacturing. This includes both direct contractors that design and build large systems and vehicles, smaller subcontractors responsible for system components, and software providers.

In the early 2000s, overcapacity in the launch market and a reduction in commercial demand combined to depress the cost of commercial space launches. More recently, an energized satellite communication market and launch industry consolidation have resulted in stabilization and an increase in launch pricing.


A healthy space industry can lead to decreasing costs for space access and use, and increase the accessibility of space technology. Of the 49 states that have accessed space to date (see Civil Space Trend 3.1), almost all have been assisted in some way by the commercial space industry.


The full document is available for download at no charge on the Space Security Website in the publications section for those who'd like to take a closer look.