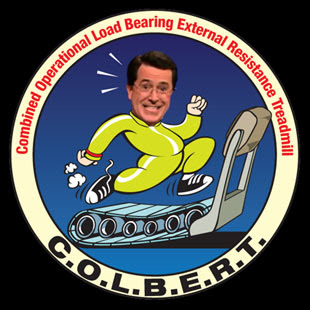 British born Canadian journalist Malcolm Gladwell, author of The Tipping Point, defines tipping points as "the levels at which the momentum for change becomes unstoppable."

That's where we are today with space exploration, research and the development of commercial space activities. We're at their tipping point.

As an example, here are a couple of indications that NASA no longer has the right stuff and has instead become a lot like bankrupt automobile manufacturer General Motors. 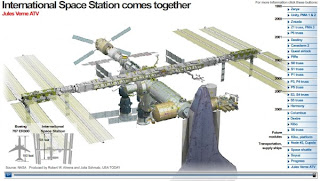 So we're got an organization teetering on insolvency, with no money for new products and with an aging workforce. This could certainly describe both General Motors in 2007 and NASA today. 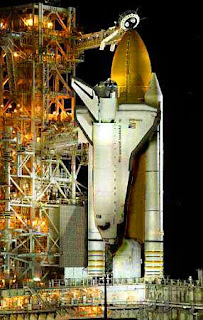 Of course, we all know what happened to General Motors.

But even if what happened to General Motors does not or cannot happen in the same way at NASA (if only because it's not a private corporation), the knowledge of the challenges facing the agency and the looming possibility of a similar type of catastrophe cannot help but hinder efforts to cooperate with the agency.

This is especially true at the Canadian Space Agency with its traditional close relationship (as outlined in NASA Tests Neptec Vision System on STS-128" from SpaceRef.ca)?

At the very least, it suggests yet another good reason why there will be no formal updated Canadian space policy document from CSA President Steve Maclean anytime soon. He knows the way the wind is blowing and is likely looking for a sense of what US space focused activities will move forward before deciding if Canada can continue along for the ride.

I bet he's also planning on maintaining the outsourcing of Canadian launches to non-US suppliers (a continuation of a pattern discussed in my June 19th post on "A Listing of Canadian Satellite Launches") plus planning for greater cooperation with other space organizations such as the ESA, the Russian Federal Space Agency and various private organizations presently developing launch capabilities. It's likely he's also expanding existing partnerships with these organizations in other areas as well.

So what else is on the other side of this tipping point?

Perhaps it's a movement towards smaller, more focused and less expensive missions using commercial-off-the-shelf (COTS) technologies wrapped around aggressive, early prototyping and multiple testing opportunities to create ongoing, incremental improvements similar to those described by Grant Bonin (an employee at the UTIAS Space Flight Laboratory) in his article "Microspace and Human Spaceflight."

The article describes methodologies advocated by many others, including Dr. John McGowan who describes it on a recent episode of The Space Show a simple, old fashioned trial and error testing.

This is essentially what the Wright brothers did in order to build up to their first, historic controlled flight in 1903 and it's interesting to contrast it with the methodologies of their competitors, especially Samuel Langley who was funded by the US government.

What will happen to NASA?

That's easy to predict. NASA employees and their subcontractors will either develop new skills, associations and capabilities to survive or the organization will become irrelevant and either slowly die or be changed into something else useful but in a different (perhaps less inspiring) way.

As far back as the 1980's, the Toronto based SCTV comedy group was offering suggestions as to how existing NASA skills could be adapted for new activities as shown in the video below.

By the way, I'm still officially on vacation. I'll be back in September.
Posted by Chuck Black