Celebrities, Dreamers, Engineers and Opportunists on our Past, Present and Potential Space Future

Chris Hadfield, past astronaut and current space idol. Is he merely a musician from out of this world? Or does he have a point when, as outlined in the July 8th, 2018 Business Insider post, "Astronaut Chris Hadfield says we could have gone to Mars decades ago — here's why we haven't," he discussed our capacity to travel to Mars.


"We could send people to Mars decades ago," Hadfield told Business Insider. "The technology that took us to the moon and back when I was just a kid — that technology can take us to Mars." However, "Hadfield noted that having the ability to go doesn't mean it'd be easy, safe, or worth the risk of human life — even considering new spacecraft."

"The majority of the astronauts that we send on those missions wouldn't make it," Hadfield said. "They'd die." But some wouldn't and perhaps that's the real problem.

According to Hadfield, the limits to current space exploration are dictated by use of chemical rockets which, while perfectly capable of traveling from the Earth's surface to orbit in a timely fashion, do not possess the ability to provide thrust for the days/weeks and/ or months at at time needed to get anywhere substancial in the solar system within a reasonable timeframe.

A slower spacecraft needs to be bigger and more complex to store the additional food and supplies needed for the journey. It also needs to deal with the known concerns such as the health risks associated with exposure to deep-space radiation and all those unknowns which, by definition, we currently don't know a lot about.

Altogether, there will be plenty of opportunities for catastrophe and death.

Hadfield might just be suggesting that space travel is currently so high profile, expensive and important to domestic and international perceptions, that no national space agency or government will risk leading a space mission likely to fail.

Of course, there are those, mostly from the private sector, who disagree with him. A few are even betting money on it.

Take Hawthorne CA based SpaceX CEO Elon Musk, for example. He has bet his public fortune and his reputation on a promise of being able to live out his final years in a well appointed Martian retirement community. He is perhaps the most noteworthy person to disagree with Hadfield.

But Musk and Hadfield consider themselves practical and there is a reasonable argument to be made in both cases. It might be best to describe Musk as a dreamer/engineer. Who else would ever go? Hadfield has retired.

However, the Fortune 500 monied sorts are banking that quite a few would go, if allowed.

Dennis Muilenburg, the chairman of the board, president and chief executive officer of Chicago Il based Boeing, has even been quoted in the July 25th, 2018 The Street post, "Boeing's CEO Said He Will Beat Elon Musk's SpaceX to Mars: Rewind," as stating:

We are working jointly with NASA and building that first rocket space launch system. It's about 38 stories tall, the first story is being built right now. It has 9.2 million pounds of thrust on that rocket, it's the biggest rocket ever. We will begin test flights starting next year.

I firmly believe that the first person to step foot on Mars will get there on a Boeing rocket.

The Boeing launch system is more commonly known as a component of the US government funded Space Launch System (SLS), a shuttle-derived heavy-lift expendable launch vehicle, which has come in for more that its fair share of criticism.

The SLS is a high-priced traditionally engineered and run NASA program dedicated to the belief that no one should ever die in space and nothing should ever go wrong, just so long as all the Earth bound aerospace jobs in Huntsville, Al are preserved.

Naturally it costs far more than the SpaceX program and there is even some question over whether it will ever fly, since money doesn't grow on trees and risk can never be reduced to "absolute" zero.

For now, both teams seem to be progressing towards their first milestone, the ability to transport astronauts to and from the International Space Station (ISS) under NASA’s Commercial Crew Program (CCP).

As outlined in the July 11th, 2018 NASA Commercial Crew Program update to the US Government Accountability (GAO) office under the title, "Plan Needed to Ensure Uninterrupted Access to the International Space Station," both Boeing and SpaceX are "making progress finalizing designs and building hardware for their crew transportation systems."

However, both contractors are also pushing back certification milestones needing to be achieved in order to move the program forward, although Boeing may be further behind, at least as outlined in the July 30th, 2018 NASA Spaceflight.com post, "ASAP reviews Boeing failure, positive SpaceX success ahead of Commercial Crew announcement."

According to Chris Hadfield:


"Burning chemical rockets is the equivalent of using a sailboat or a pedal boat to try and travel around the world. Someone has to invent something we haven't thought of yet, maybe the work that's going on with the Alpha Magnetic Spectrometer on the space station and in the particle accelerator in CERN and other places ... is going to show us how we can harness gravity.

"It sounds outlandish, but we figured out how to harness electricity and what electrons do, and that seemed crazy, and it's revolutionized life and travel. So who knows?"

Meanwhile, Elon Musk dreams big of retiring on Mars while Dennis Muilenburg mostly just wants to get there first and make some money on the trip.

At least Hadfield has experience in space, having flown two space shuttle missions and serving as ISS commander before retiring in 2014. He's probably right when he said we've had the same technological motor capabilities for decades.

This isn’t leaps and bounds of innovation by any stretch of the imagination.

But maybe, just maybe, some of the celebrities, dreamers, engineers and opportunists currently interested in the idea are willing to give it a good go this time round. 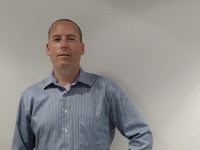 
Al Calder is VP of special projects for the Commercial Space Blog, where he creates events focused on space industry needs.