Canada has one advantage in the international space industry which very few people are talking about. The scientific advances being developed through efforts cultivating crops designed for the closed environment of space are also directly applicable to the quite similar problem of growing marijuana, a crop which Canada is in the midst of legalizing.

Mike Dixon, the director of the Controlled Environment Systems Research Facility (CESRF) at the Guelph ON based University of Guelph (UofG), has even figured out a surefire way to get funding for space farming: make it applicable and useful to the nascent Canadian based cannabis industry.

As outlined in the Jun 22nd, 2016 Popular Mechanics post, "Science For Space Farming Is Also Being Used to Grow Weed," no technology is too expensive to grow cannabis, according to Dixon.

Dixon also calls funding "precious" in the world of academia. However:

If Canada were to legalize pot (as Canadian Prime Minister Justin Trudeau has promised to do this fall), it's expected the country would generate $5Bln CDN in tax revenue and growers like ABCann (now VIVO Cannabis) a medical marijuana company in Ontario that collaborates with Dixon, know that any possible advantage could become a worthwhile investment to get a foothold in the upstart economy.

As outlined on their website, CESRF government sponsors include the Centre For Research in Earth & Space Technology (CRESTech), the Ontario Ministry of Agriculture, Food and Rural Affairs (OMAFRA), the Natural Sciences and Engineering Research Council (NSERC), the CSA and the ESA.

Industry sponsors include twenty corporations such as Surrey BC based Argus Control Systems Ltd., the Pittsburgh, PA based H.J. Heinz Company, St. Louis, MI based Monsanto, the Sudbury ON based Northern Centre for Advanced Technology Inc. (NORCAT), the Ontario Greenhouse Vegetable Producers Marketing Board (OGVPMB) and others.

Off campus, Dixon has a number of other interests.

As outlined in his undated profile for the Canadian edition of The Conversation, he's "the technology exchange coordinator for the International Advanced Life Support Working Group (IALSWG) which is a strategic planning group offering information and personnel exchange between international space agencies such as NASA, CSA, ESA, RSA and JAXA (Japan)."

Dixon has also served as "Chair of the Space Exploration Advisory Committee (2004-10) of the Canadian Space Agency (CSA) and is a member of the Life Sciences and Technical Committee within the American Institute of Aeronautics and Astronautics (AIAA)."

But while he certainly has his eyes on the stars, Dixon sees no reason why Canada cannot "take a leadership role" in the burgeoning field of botany as a bonus.

As for where all the smoke surrounding this topic ends up getting blown, that will be for future generations to decide. 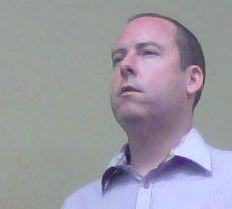 
Al Calder is VP of special projects for the Commercial Space Blog, where he creates events focused on space industry needs.
Posted by Chuck Black