For those of us interested in working in the telecommunications, space or aerospace industry, here's a listing of several dozen useful places to begin the search.

The list includes direct links to the job pages of some of the largest Canadian space companies and a couple of interesting international organizations.


But please note that some of these jobs require security clearances, passports, work permits, landed immigrant status and/or even the acquisition of citizenship from the country where the job just happens to be located.

The 100 Top Aerospace Companies of 2017 - What better place to start than with the biggest and fastest growing firms in this area. Produced by Defence News, this annual report outlines the trends in the industry and ranks the top companies by revenues and profitability.

The Association of Spaceflight Professionals - The former US based, Astronauts for Hire, a 501(c)(3) non-profit formed in 2010 to recruit and train qualified scientists and engineers for the rigors of spaceflight, re-branded itself under this new name in June 2017. Much like A4H, the new ASP conducts a range of activities related to commercial astronaut workforce development, mission planning, operations support and research.

The Bigelow Aerospace Career Page - Where better to discover "your place in space," than the firm which just recently received backing from the US Federal Aviation Administration (FAA). As outlined in the February 25th, 2015 Yahoo News post, "Business On the Moon: FAA Backs Bigelow Aerospace," the company has been encouraged by a variety of US Federal government agencies to continue the development of private sector applications for use on the Moon and elsewhere in space.

The Blue Origin Career Page - As outlined in the August 14th, 2017 Business Insider post, "Here’s a first look at Jeff Bezos’ monster rocket factory," Blue Origin founder Jeff Bezos is building a new rocket factory in Florida and needs employees to staff it. If you want to become one of the chosen, check out the site.

The Canadian Space Agency (CSA) Careers, Jobs and Internships Page - A one stop shopping emporium for CSA job opportunities. The site includes links to listings covering CSA job openings, internships and student jobs, grants for universities and industry to work on CSA approved programs and the Canadian Space Directory, a listing of private and public organizations and academic institutions which do work for the CSA.

The Indeed.com Listing of Astronomy and Planetary Scientist Jobs - Not all space focused jobs require applicants with an engineering degree. This list, with hundreds of openings from all around the world, focuses on candidates with a scientific background.

The International  Association of Machinists and Aerospace Workers (IAMAW) - Even in space, there are opportunities for those who are looking for something a little different from the traditional science or engineering degree. The IAMAW represents more than 40,000 Canadian workers in air transport and a wide range of manufacturing including aircraft, auto parts, buses, aerospace, electronics, light and heavy machinery, tools and appliances.

The MacDonald Dettwiler and Associates (MDA) Corporate Careers Page - Who'd have thought that the Canadian space company which has so often expressed the importance of moving where the clients are, would have so many domestic opportunities available.

Nebula Space - Recruiters of "top class candidates for the most exciting industry in the world."

The NewSpace Global listing of top 1000 NewSpace companies - This list is divided up into three smaller lists covering the most influential privately held companies, a second list covering additional privately held companies perceived as being "on the bubble" of growth (NSG OTB) plus a third list of top rated publicly traded space companies (the NSG PTC). A surprising number of companies on these three lists are Canadian and a surprising number of the rest have offices and employment opportunities in Canada.

NewSpace People - British based, database driven head-hunting firm with 1000's of listings which bills itself as "the business network for the space industry's global professionals and companies." Offers business development and recruitment campaigns, plus "free access to a global network growing by over 5% each month. Our business network is diverse with over 3,000 director-level decision makers, covering 100s of startup founders, chief executives of established space and satellite corporations, and venture capitalists from the global investment community."

The Satellite Today Career Center - Focused on US based jobs in the commercial satellite industry.

Space Careers - A French based but English language site focused on "the top jobs and the best talents in the industry." Includes a jobs center, a space industry directory, a news and resource section with space news RSS feeds and a LinkedIn page. The site is maintained by Spacelinks, a specialist staffing consultancy focused on the European space and defense industry.

The Space Job Market - A recruitment site designed to help job seekers join the right circles through networking and building personal contacts, where they can meet people in the space industry who are able to hire them. According to CEO and founder Paul Koronka, "Space has inadvertently evolved a closed shop that locks out newcomers and makes it difficult even for established people to advance our careers. And yet employers are crying out for new talent."

The Telesat Canada listing of Current Job Opportunities - The iconic Canadian company, which helped launch a communications revolution in the North back in the 1970's, is still going strong. It's also still looking for a few good people to help administer its current fleet of satellites. 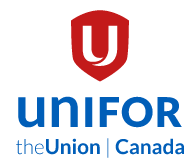 UrtheCast - Canada's most creative space company (formed through the "reverse takeover" of a publicly traded mining company) has many openings in Canada and the US on their careers page.

The Work in Space Global Space Directory – Compiled by KNM Media Kent Ltd., a "marketing and publishing company specialising in the aerospace, defence, space and security/law enforcement markets." Hundreds of listings from dozens of companies.