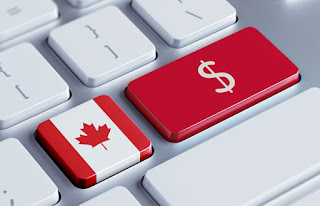 Something this publication has noted with increasing frequency since the current Liberal government of Prime Minister Justin Trudeau assumed office in November 2015, is the increasing number of buyouts of high tech Canadian companies by foreign buyers.

At least one purchased firm, Montreal PQ based ITF Technologies, which was acquired by Hong Kong-based O-Net Communications, had its acquisition plans initially rejected by the Stephen Harper Conservative government in 2015, before the decision was reversed after the Trudeau government took office. For more on that deal, check out the January 23rd, 2017 Globe and Mail post, "CSIS, Defence warned Ottawa on China laser technology deal."

The pattern is part of a larger trend especially applicable the space industry. According to the August 2, 2017 Reuters post, "Foreign buyout firms drive Canadian private equity deals to reord high to start 2017," the consensus is that it's a good thing.

As outlined in the article:


Foreign buyout firms chasing Canadian assets helped push private equity activity to a record high in the first half of 2017, and lawyers and fund managers say the trend is likely to continue through the rest of the year.

Deal values jumped 55 per cent in the first half from a year ago to $14.6 billion, an all-time high, according to data released by Thomson Reuters on Wednesday. Deal volumes rose 10 per cent to 184.

About 38 per cent of the buyout deals targeting Canadian companies had a non-Canadian lead investor, compared with 27 per cent in the first half of 2016.

Most of the interest was coming from US and larger Canadian based tech firms, although the Chinese and others were also active in this area.

In Canada, the consensus is that our small capital markets will prevent companies from growing pass a certain size without direct government intervention in the form of government purchases, tax credits or other actions which often distort the market for competitors.

In essence, the US, the Chinese and others have more funds available to grow a company after it reaches a certain size. In essence, the increased pace of Canadian acquisitions may not be a completely good thing.

The Canadian space industry, as represented by Richmond BC based MacDonald Dettwiler (MDA), Ottawa based Teleset and many smaller players have historically depended on government contracts, provided through the Canadian Space Agency (CSA), the Department of Defence (DND) and other government departments to grow to a size able to compete in the world markets.

Will the current Liberal government embrace this reality as previous Liberal and Conservative governments have? And how will the policy relate to the acknowledged Liberal plan to roll out a series of "innovation superclusters," over the next few years?