The New World of Space Based Quantum Cryptography 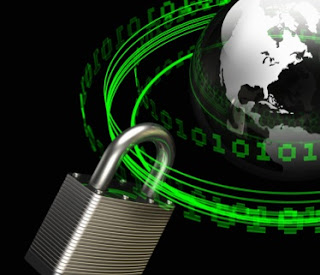 Space-based quantum cryptography may sound like an ultra-futuristic technology ripped straight from the world of Star Trek, but it is on the verge of becoming a reality…and Canadians may be the first to achieve it.

Ian D’Souza, a mission scientist at Cambridge based Com Dev International, envisions a constellation of microsatellites orbiting Earth that will spark a telecommunications revolution. Satellites capable of performing quantum cryptography, a theoretically unhackable form of communication, don’t yet exist outside of research labs. However, researchers at the Institute for Quantum Computing (IQC), in Waterloo, Ont. are working hard to engineer the technology, and may have a prototype by year’s end.

Well aware of today’s fiscally lean environment, Com Dev has decided to package the system in an inexpensive microsatellite, sending it into orbit as a secondary payload. Adopting a microsat approach has several advantages. If the prototype is successful, Com Dev could refine the design and launch more into orbit quickly. Should the microsat fail however, the company’s financial losses would be minimal. In addition, the microsat approach would allow Com Dev to use commercially available, off-the-shelf (COTS) technologies more advanced than those developed specifically for space use.

“It makes more sense to launch a low-cost satellite to prove the concept than to launch a very expensive satellite whose hardware works flawlessly—only to find out that the atmosphere does not allow quantum key distribution to work,” D’Souza said in the May 6th, 2013 IEEE Spectrum article "Commercial Quantum Cryptography Satellites Coming."

In conventional cryptography, algorithms are used to generate the large numbers that are then used to create the encryption keys. In quantum cryptography, photons are used to create the encryption key. Each type of a photon's spin (polarization) represents one piece of information -- usually a 1 or a 0, as in binary code. In this way, a binary code can be assigned to each photon -- for example, a photon that has a vertical spin can be assigned a 1. The sender then uses randomly chosen filters and records the polarization of each photon. They will then know what photon polarizations the other party should receive.

Quantum cryptography’s greatest strength is that, as per Heisenberg’s uncertainty principle, photons cannot be measured (i.e. intercepted by a third party) without changing their polarization and altering the message. Eavesdroppers can’t listen in because their presence would be instantly detected.

For all its promise, quantum cryptography also suffers from serious flaws, the two main ones being short transmission distances and susceptibility to interference.

Quantum cryptography works well over terrestrial optical fiber, but an experimental quantum network in Austria has shown that photons fade out after about 200 km. The signals should travel much farther through empty space, but air near the ground is turbulent, and researchers have so far been able to do quantum communications only over a distance of about 140 km.

Quantum cryptography satellites will need to be able to detect a single photon sent from Earth against a
background filled with photons. The photon must be aimed precisely, then travel through the turbulent and polluted lower levels of Earth’s atmosphere. And not only must the satellite detect the photon, it must also measure its polarization. Measuring the photon’s polarization will be a technically challenging task for a quantum cryptography satellite. The sender and satellite might both know that a vertical polarization means 0 and a horizontal polarization means 1. However, if the satellite is moving and spinning relative to the Earth, how can it know the right frame of reference with which to measure the polarization? The researchers at the IQC believe they have the solution to this problem. Using guide signals from the satellite, the sender would shift its wave plates (equipment that controls the photons’ polarization) to compensate for the satellite’s shifting orientation.

The Canadian Space Agency (CSA) has shown enthusiasm for the idea, and has funded part of the research stage of the project. However, no funding has been allocated to the microsat portion of the project, and the CSA has not received approval from the federal government to proceed with the mission. D’Souza is hopeful that the CSA can remain involved.

Should that fall through however, Com Dev, IQC, and their partners need not be at the mercy of the Canadian government. In 2008, Com Dev successfully launched a global ship-tracking firm, exactEarth LLP, using a single low-cost nanosatellite called NTS. This nanosat, designed to last only four months, is still functioning well. A private quantum satcom network could prove far more lucrative.

China, the EU and Japan are also working on quantum crypto satellites, with China stating that it plans to place one in orbit by 2016. D’Souza says that it will likely take Canada three years to develop and launch a prototype of its own…neck and neck with China.

Beating other nations to the finish line with the launching of a quantum crypto microsat would in itself be a great coup for Canada’s space sector, fundamentally changing the way banks, governments, and corporations communicate. But there is a more fundamental reason to pursue this path. Canadians have always been leaders in communications technology. Satellites, microwave towers, and fiber optics are the threads that weave us together across our vast nation. To pioneer the new quantum realm would be the Canadian thing to do.
Posted by Chuck Black