Canadian Satellites Designed, Built and Launched for $1Mln Each 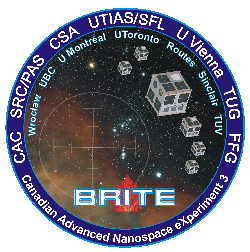 A BC news outlet has gone public with a gentle reminder of the surprising affordability of Canadian built satellites.

As outlined in the May 26th, 2013 Vancouver Sun article "Compact Canadian satellites open up a window on space" the first two in a series of six Brite Constellation nano-satellites, launched into Earth orbit on February 25th, 2013 aboard an Indian Space and Research Organization’s (ISRO) Polar Satellite Launch Vehicle (PSLV), cost only $1Mln CDN each to design, build and launch into space.

As most recently outlined in the February 25th, 2013 post "The Real Winners of the PSLV-20 Rocket Launch," the technology used in the satellites was originally developed under the so-called CANX-3 program at the University of Toronto Institute of Aerospace Studies (UTIAS) Space Flight Laboratory (SFL) in Toronto, Ontario.

Even better, according to the Brite Constellation website, a key technology element in the program is the nanosatellite Attitude Determination and Control System (ADCS), which is a joint development between the UTIAS SFL and Sinclair Interplanetary, a small Ontario based engineering firm. Doug Sinclair, owner of Sinclair Interplanetary, was also part of the team receiving the 2010 Alouette Award, presented by the Canadian Aeronautics and Space Institute, at the 15th annual CASI ASTRO conference.


The manufacturing methodologies used in the Brite Constellation originally developed out of the Canadian experience with earlier satellites, such as the Microvariability and Oscillations of STars (MOST) space telescope.

As outlined in the May 9th, 2010 post titled "the Microsat Way in Canada" this methodology focused on inexpensive, quickly constructed components used frequently to build up a body of expertise by testing to failure (instead of just testing for functionality), because of the usefulness of the real world knowledge gained.

Given the cost cited in the Vancouver Sun article, it is becoming increasing apparent that these approaches are beginning to achieve notable success. It will be interesting to see what the future holds.
Posted by Chuck Black