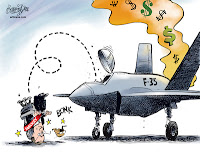 But there have been others, including a formal review of the Canada First Defence Strategy (which included a requirement for command, control and situational awareness capabilities of a type best provided by Canadian satellites) and the Review of Federal Support to Research and Development (also known as the "Jenkins panel," after panel chair Thomas Jenkins), which focused on Federal R&D policies of interest to Canadian space companies and was discussed most recently in the October 24th, 2011 blog post "Responding to the Jenkins Panel on R&D."

Now comes a second Jenkins report from the very same Tom Jenkins (who's now the special adviser to the minister of public works and government services) but focused this time on military procurement. Titled "Canada First: Leveraging Defence Procurement Through Key Industrial Capabilities" the latest report attempts to tackle many of the same issues which also bedevil the procurement of space assets.

Even better, both the Aerospace Review and the second Jenkins report both seek to encourage the development of new and lower cost Canadian based suppliers as a way to deal with ongoing cost overruns, such as the F-35 fighter  program and the Radarsat CONSTELLATION mission. 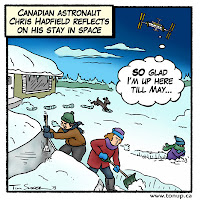 The aerospace review, while subscribing to much the same overall viewpoint, took a slightly different tact regarding the Canadian space industry, mostly because of its much smaller size.

The review recommended only the "encouragement" of domestic commercial space activity, the stabilization of existing government funding (via the Canadian Space Agency) plus slightly increased funding (an additional $10 million CDN per year over three years) for programs which support the development of space technologies for the enhancement of industrial capabilities, such as the Space Technologies Development Program (STDP):


... some of these ideas may prove fanciful, but others may be visionary and produce tremendous profits for their proponents and the companies in which those proponents operate... 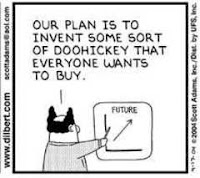 (However) its impossible to know with certainty whether a notion which appears unrealistic today might lead to tomorrows breakthroughs. Without endorsing specific speculative projects, public policies and programs can create the conditions for entrepreneurs and researchers to test and pursue creative approaches and, in so doing, jump start Canada's private space activity at a time when the global commercial space business is gaining momentum."

While it's refreshing to slowly watch the Federal government come to the conclusion that Canadian companies are capable of competing in any arena, not everyone currently subscribes to this approach. The February 20th, 2013 Globe and Mail even went so far as to suggest "How to waste tax money: Buy Canadian," and suggests that the same strategy used to procure Canadian space assets and skewered by the Emerson panel (what the author called the "Canadarm approach") is worthy of maintaining for the military procurement process.