Initial Feedback from the Emerson Report 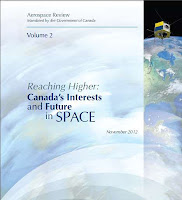 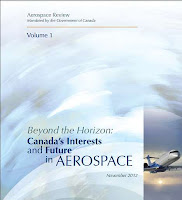 Initial feedback from the David Emerson-led Aerospace Review (now available in two volumes online at the Aerospace Review website) has been largely favorable with literally dozens of media outlets and organizations weighing in on the issue.

Here are a few of the more notable comments:

The article quotes AIAC chairman David Schellenberg as stating, "Mr. Emerson recognizes the critical juncture the aerospace and space industry is facing and the urgent need for government, industry, academia and unions to adapt to a rapidly changing and highly competitive global environment. Early and effective implementation of these policies is critical to achieving the intended results. Canada's aerospace industry is ready and willing to do its part."

Each reminds us that amidst global economic hardship, emerging new players, and an opening Arctic frontier, Canada's space sector stands at a crossroads.

So just what specifically does the Emerson Report recommend? That will be the subject of a future post.
Posted by Chuck Black