As outlined in this November 7th, 2012 press release from the Canadian Air and Space Museum (CASM), the not-for-profit (and often under estimated) repository of Canadian aerospace history has just launched a "$500,000 fundraising campaign" to help defray the costs of moving museum displays "to the the south end of Lester B. Pearson International Airport" where the facility is expected to be relocated over the next few months.

A key component of the fundraising campaign is the web site Indiegogo.com, which will be used by CASM for a crowd-sourced appeal for funds under the headline "the NEW Canadian Air and Space Museum."

Of  course, crowd sourcing is no stranger to space focused organizations or museums. Crowd-sourcing campaigns for space focused start-up Uwingo (which recently raised $80,000 USD's to help fund space exploration, research and education) and the "Goddamn!" Telsa  Museum (which managed to raise $1.3 million USD's) have demonstrated that raising large amounts of money in short periods of time for a good cause is quite possible, if only you use the proper tools.


...
And the CASM museum is certainly a good cause. According to CASM Chairman Ian McDougall:


A 'new' Canadian Air & Space Museum has the potential to realize a world-class facility dedicated to the achievements of our pioneers and to inspire a new generation of air and space innovators and entrepreneurs.

The museum has other campaigns in progress as well, including a promotional video from actor Harrison Ford, a website fundraising challenge and a secondary campaign targeting large, charitable "gift givers" and not-for-profit foundations.
...
These campaigns are intended to protect and expand what is possibly the largest single collection of historical air and spacecraft in Canada. Displays include: 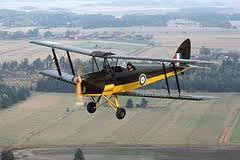 Of course, even after the  money is raised, there will still be a great deal of  work to do. According to McDougall:


... the road ahead is long, and our immediate concern is focused on the safety and preservation of the existing collection. We are appealing to all Canadians to contribute towards this very worthwhile cause and help keep the legacy of Canadian history alive.

As outlined in the September 11th, 2011 blog post "Canadian Aerospace Heritage or Hockey Rink," the museum was evicted from its original home, the historic de Havilland Aircraft of Canada manufacturing facility in Downsview, Ontario (along with all the other building tenants) in September 2011.

Since March 2012, most of the museum displays and artifacts have been stored in forty-four semi trailer freight containers at Pearson Airport, waiting patiently for access to their new home.