It was easy to miss the October 18th, 2012 press release on the MacDonald Dettwiler (MDA) website titled "MDA to be key supplier in satellite servicing demonstration for US Government" amid all the promotion by the Federal government this week for the expected December 12th launch of the Department of National Defence (DND) Surveillance of Space (Sapphire) satellite and the Friday display of various Canadian designed and funded Moon and Mars rovers from the Canadian Space Agency (CSA).

...
But the MDA announcement was by far the most important. As outlined in the press release:


Assuming the program proceeds as planned, the overall multi-year program represents a significant opportunity for MDA and a significant step forward for demonstrating certain aspects of on-orbit servicing.

Most of these "certain aspects of on-orbit servicing" will utilize technology developed by MDA in its role as prime contractor for the Canadarm and Canadarm 2 programs. In essence, the real "next generation Canadarms" as outlined in the September 27th, 2012 Spaceref.ca article "Next Generation Canadarms Unveiled at MacDonald Dettwiler Facility in Brampton" are being developed by MDA for DARPA.

Not that there's anything wrong with that.

As outlined in the June 27th 2012 Commercial Space blog post "MacDonald Dettwiler buys Space Systems Loral for $875M" this series of DARPA contracts has been coveted publicly by MDA for some time. The final deal was only made possible through the recent acquisition of Space Systems Loral (SSL) which included a 1.3 million sq. ft state of the art satellite facility in Palo Alto, California. This US based facility is considered suitable (and necessary) for the final assembly of any DARPA contracted satellites or systems. 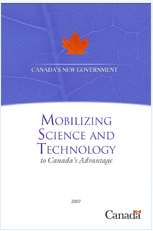 According to the MDA press release:


The goal of the DARPA Phoenix Program is to develop and demonstrate technologies to cooperatively repurpose valuable components from retired, nonworking satellites and demonstrate the ability to create new space systems at greatly reduced cost. The mission will use a robotic on-orbit servicer, and components launched alongside commercial satellites.

The program also hopes to transition its developing technologies into sustainable commercial applications, that in turn support U.S. Department of Defense (DoD) needs in the future, and MDA is under contract from DARPA to assist with defining this commercialization plan as well.

So this is a reasonable and sensible business direction for MDA. The company can now grow its business, develop new international markets for Canadian technology and even remain in compliance with both the specific letter and the overall intent of Canadian government science and technology regulations.

That's why this is the most important Canadian space focused announcement last week. It's odd that the Federal government, the CSA and  even the mass media have chosen to focus on different things.
Posted by Chuck Black