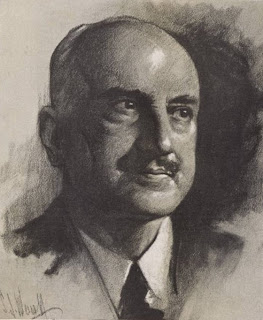 antayana wrote in his book, The Life of Reason that "Those who cannot remember the past are condemned to repeat it."

Ever since, the phrase has been endlessly misquoted (mostly by people who don’t remember George Santayana) or paraphrased (Clarence Darrow once said “History repeats itself. That’s one of the things wrong with history”).

Our present space age (measuring from Sputnik) is scarcely sixty years old and some argue that not enough time has elapsed to draw any conclusions or provide appropriate comparisons between our present and previous ages.

Fortunately for those of us who remember Santayana, here are two authors focused on our present space age but still well aware of relevant history. 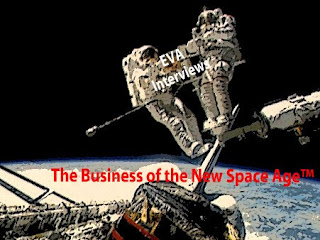 ith BMO Nesbitt Burns, one of Canada’s largest full-service investment firms and this makes her a rarity for a Canadian space advocate because of her ability to assess the business case for space entrepreneurship (important since most space focused entrepreneurs seem to be engineers or scientists).

She’s also an amateur historian and author (she writes for the Eva Interviews section of the Out of the Cradle blog) and one of her most interesting documents is “Historical Investment Financing of Exploration for New Worlds, Current Analogies to Other Industries, and Ideas for the Future” which is a discussion on how explorers historically have been financed and was originally presented at the 2006 ISDC. She is presently preparing a paper for the September Space Canada conference on “Policy and Financial Considerations for Space Power.” 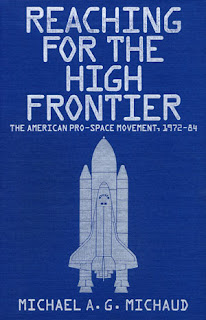 Our second recommended author, Michael Michaud, was a career foreign service officer for the US government for thirty-two years before retirement, when he turned full time to writing. His book, “Reaching for the High Frontier: The American Pro-Space Movement, 1972-1984” is exceptional reading for developing background on the various space advocacy groups which developed in the 1972–1984 period as a result (the author believes) of the stagnation of the NASA budget and lack of clear policy direction.

It’s hard not to read this book without becoming immediately aware of parallels between the periods profiled and our present day, with its lack of NASA direction and on-going commissions in Canada, the US and England focused on developing space policy (as per my June 26th, 2010 post "UK Joins Canada and US in "Not Knowing Quite What To Do" With Their Space Program").

And finally, for those of us who wish to learn more about history but don’t like to read, here’s a promotional video on the Canadian Air and Space Museum, a repository of Canadian aerospace history and where the Canadian Space Society normally meets.