Odyssey Moon lists it's official HQ as being in both the US and the Isle of Man (with a Canadian subsidiary) while the PlanetSpace HQ is presently in Chicago.

Why is this so?

According to Michael E. Porter, author of the book "Competitive Advantage of Nations" like minded individuals and businesses focused in similar areas tend to "cluster" into groups of interconnected firms, suppliers, related industries, and institutions that arise in specific geographic locations because of a common need for talent, technology and similar infrastructure

Since both companies sited as examples have incorporated within the US, the logical assumption is that relocating into the US "cluster" has allowed both these firms to more effectively compete with Canadian and other non-US focused businesses.

But this initial conclusion might not be entirely fair given that Odyssey Moon also lists incorporation in the second jurisdiction on it's website at www.odysseymoon.com. In fact, it seems quite common for newspace focused firms to have multiple incorporations across national jurisdictions with the intent to qualify for as many regional tax credits as possible.

But building a tax structure allowing multiple incorporations under different jurisdictions simply won't create "clusters" of excellence by itself because building competitive advantage takes more than simply having suitable tax structures which anyone, even an offshore entrepreneur, can take advantage of.

In essence, there can be no cluster without a physical presence and the ability to interact with other local players.

Porter agrees and states "increasingly, competitiveness is no longer a government driven process. It's a process where government and business and universities and other institutions work together to r 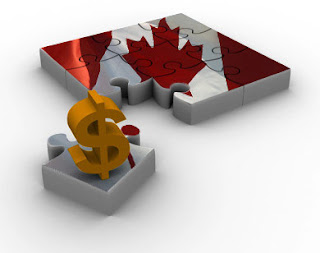 aise the bar in terms of productivity and all of them are contributing. All of them have to be players."

So we need to do more than fiddle with the tax system in order to build an national industry. We also need to take steps to encourage people to physically locate their businesses in Canada to help build "clusters" or physical repositories of talent, knowledge and useful skills.

For a second example where tax credits and government activities could not be taken in isolation, you might want to take a look at the government document titled “Institutional Aspects of R&D Tax Incentives: The SR&ED Tax Credit” available from the Micro-Economic Policy Analysis Branch of Industry Canada.

This document provides a fascinating history of the SR&ED tax credit form program implementation in 1986 (when it replaced the earlier Scientific Research Tax Credit) to 1995 along with a useful outline of what actually happens when tax change is contemplated and an inventory of who really does need to be consulted for the process to be successful (it also contains a bit on why the earlier policy was changed).

One other thing to note is that “true believers” in the commercial potential for space like Richard Branson, and Bob Richards don’t need government incentives to invest their time, effort and money in space focused companies although they may utilize business strategies allowing for the maximization of tax credits across national borders as part of standard due-diligence.

As for the rest of us, no one yet knows how large the tax credits need to be in order to attract the interest of more conventional investors to the newspace arena.
Posted by Chuck Black