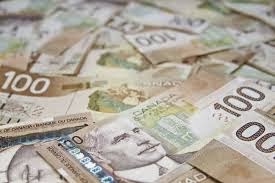 The people in these groups are quite knowledgeable, skilled and generally go out of their way to keep me well informed (and reasonably humble).

One of the best sources of information from these groups is Dr. Kieran Carroll, who once acted as project manager at Dynacon back when the company worked on the MOST Telescope and now divides his time between being Chief Technology Officer at Gedex Inc., and his role as VP Technology for Space Canada.

I wanted to find out how universities fund their research because of how it relates as one of the four pillars of the Canadian space industry (The first pillar is universities, where most of the initial R&D is done but they work alongside the second pillar, government which provides guidance and funding and the third pillar, private business which also provides funding, fabrication facilities and commercialization capabilities. And of course, there is also the military component, the fourth pillar, which is often overlooked because of it's security and secrecy requirements).

So I asked him about money and how professors acquire enough to perform basic research. This is what he told me.


That’s a good question. I don't know of any place where you can look this up;

Generally speaking, you learn this from being inside the system starting as a grad student (in most cases having an initially limited view as to how the money side of things works), to becoming a post-doctoral fellow (at which point you're generally assisting your professor/ employer in many things, one of which includes a "marketing" aspect), to becoming a junior professor (at which point the older profs in your department will hopefully show you the “funding” ropes).

For myself, I've been a grad student, but didn't go further along the post-doc/professor route. However, in my capacity as R&D manager at several companies, I've worked closely with several university researchers and learned some things about the "system."

Below is a synopsis, for your amusement and edification :-)

For engineering professors in Canada, the primary source of research funding is from the National Sciences and Engineering Research Council (NSERC). Pretty much every professor applies for a basic research grant, and most of them are granted something (I’ve heard that the average is about $20K-30K per year). This funding can go towards any valid research expense which could include such items as stipends for grad students, purchasing equipment or software, attending conferences, and paying page fees for published journal articles.

Via NSERC, funding is also available for taking on post-doctoral fellows. This funding is attached to the fellow, not the professor, but pays most or all of the fellow's (meager) salary for 2 years in order to relieve the professor of the burden of providing that funding (I believe the funding level is around $30-40K/year).

NSERC also has programs that dispense larger amounts of funding to researchers in special cases. One program that existed in the past was the "Strategic Grant", which (in the early 1990s, which was when I ran across one of these) would provide up to about $500K for a particular research project. The proposal for this sort of project was rather more involved than the usual basic research grant proposal, of course, having to specify what the project was all about, and why it was important, presumably measuring these against some sort of NSERC-specified criteria.

I believe that there are also Equipment Grants of sizes up into the hundreds of thousands of dollars, with similar proposal requirements, which can only be spent on equipment.

My understanding is that both the Canadian Space Agency (CSA) and the research & development wing of the Department of National Defense (Defense R&D Canada) also have special programs in conjunction with NSERC where the agencies match NSERC funding for proposed projects approved both by NSERC and the other agency.

There may also be some ability at NSERC to fund non-university researchers (although I haven't actually run across such a case, and I suspect it's rather rare). For a non-professor researcher, I believe it helps some with your NSERC applications if a university has granted you Adjunct Professor Status.

In Ontario, another source of (university-only) research funding is the Ontario Centres of Excellence (OCE), which dispenses some tens of millions of dollars of Ontario research spending every year to professors whose schools have joined OCE (which is likely every university in the province at this point).

These funds are passed out to professors for projects which generally must have an industry collaborator, who is normally required to pony up a significant fraction of the funds. These funds are targeted to specific areas that are selected by the four departments in OCE (there used to be a space department, but it got merged/acquired into other departments, and only a pale shadow of it remains).

In years past, the Canadian Space Agency rarely dispensed research funding directly to universities, limiting itself to their CSA/NSERC funding mechanism (which was terribly under-subscribed), and to supporting universities which acted as subcontractors to industrial contractors (e.g., on MOST, at Dynacon we hired UTIAS as a subcontractor, and UBC as another one).

This now seems to be changing, with CSA contracting out directly to some universities. I believe that CSA's new "grants and contributions" program (which is presently in the works) plans to carry that even further.

University researchers also normally seek research contracts with industrial partners/customers. There's no general rule about how these proceed; it depends on the company in question but OCE has positioned itself to act as an enabler/promoter, trying to encourage companies that mightn't otherwise think of hiring Ontario university researchers to do so.

Another encouragement is R&D tax credits; I believe that Ontario provides a direct tax credit to Ontario companies that hire Ontario universities to carry out research for them.

And finally, there's the case where a university researcher has invented something that someone might want to make use of. In this case the university might have a commercialization or intellectual property department, which might pay for patenting the invention, and then helping the inventor seek out customers/partners for exploiting it.

Money can then flow back to the university and the researcher via licensing fees; if the professor is feeling entrepreneurial he/she might choose to invest his/her portion of that back into further research and development, say via a professor-owned consulting company.

There are probably some other programs and sources of funds that I haven't thought of, but the above covers most of what professors are ever likely to avail themselves (at least in Ontario).