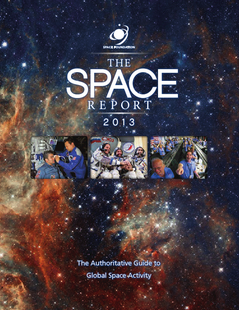 Private sector space activity is seeing unprecedented growth while government space is on the downswing, says a comprehensive new report.

On April 2nd, the Space Foundation, a U.S.-based advocacy and research group, released its 3rd annual Space Report, as part of the lead up to the 29th National Space Symposium, being held in Colorado Springs, CO from April 8th - 11th.

The report was created in conjunction with aerospace consulting firm Futron Corporation to research and analyze government and industry trends in global space activity and includes a stock market analysis from ISDR Consulting LLC, a firm specializing in the space and technology sectors.

The report’s key findings include: 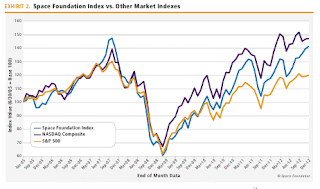 The commercial space industry has sustained a healthy growth rate, far surpassing increases in government spending. Wealthy individuals and private equity firms have stepped up to show their interest in the space sector by investing in existing firms and starting new ones. If government austerity measures continue to reduce funding for national and international space programs, commercial interests will likely play an even larger role in the coming years. In addition to the known benefits of space activity, this wave of commercial activity could potentially generate unexpected benefits that reward early-stage participants.

Overall government investment in space saw negligible growth in 2012, increasing by slightly more than 1% from 2011 levels. This growth was not evenly distributed—some countries decreased their budgets as projects ended and others increased their budgets and announced new initiatives for the years ahead. The U.S. space budget remains the largest single segment of global government spending, although it grew by only 1.4% in 2012. By contrast, several smaller programs received sizable increases—budgets grew by 27% in Brazil, 30% in Russia, and 51% in India. Other countries, such as Canada and Italy, decreased their levels of investment in space during the year. Within the space sector, mergers and acquisitions remain a useful tool for companies to position themselves for anticipated changes in government spending. 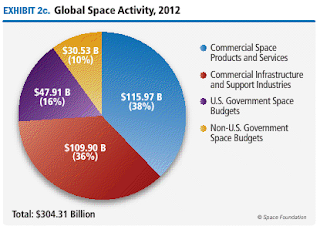 In the United States, the size of the space workforce decreased by 4% from 2010 to 2011 (the most recent data available from the U.S. Bureau of Labor Statistics). This was the largest single-year decline in the previous decade and it continued a five-year downward trend that began in 2006. The end of the Space Shuttle Program in 2011 was a major factor, causing the loss of more than 7,000 jobs in Florida alone. For those remaining in the space workforce, the news is somewhat better: U.S. space industry salaries have continued to grow, with the average space salary remaining more than double the average salary for the private sector as a whole.

Elsewhere in the world, the space workforce is increasing, in some cases recovering from previous downturns. The European workforce has grown by 20% since 2006, returning to levels seen at the beginning of the decade. Japan’s space industry reached its highest level in the past 10 years, growing by more than 7% in 2011 alone.

The data outlined in the 2013 Space Report points toward a fundamental shift in both culture and economics for the space sector. With the tide of government programs ebbing and that of the private sector growing stronger, greater incentives for innovation and collaboration exist than ever before. In the coming age, the risks of space will remain, but the rewards could prove even greater.

For a copy of The 2013 Space Report, please visit: http://www.spacefoundation.org/programs/research-and-analysis/space-report.
Posted by Chuck Black