Across the fast changing American political landscape, where presidential candidates now talk about space programs and activities as part of their standard policy pronouncements, its only natural for news outlets to track those campaign promises and follow-up on whether or not they have ever been fulfilled.

Politifact.com, a project operated by the Tampa Bay Times, which tracks political promises and eventual results, is currently the best of the lot in this area.

The Pulitzer Prize winning organization (it was awarded for fact-checking over 750 political statements made by candidates during the 2008 US presidential campaign) has strong readership in Florida and Texas (where much NASA work is performed) and has set aside a small section of its ongoing coverage to track the promises deferred, kept and broken by US president Barack Obama in his public statements regarding space policy.

As tracked under the title "Promises about Space on The Obameter," here's what Politifact thinks about the record of the current US President, along with a few personal comments: 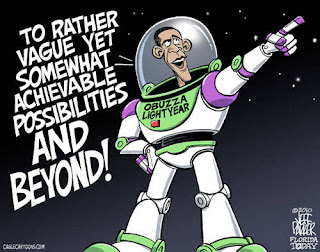 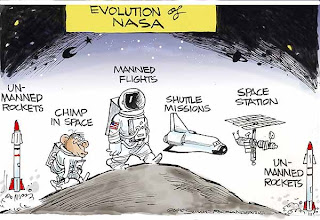 It will be interesting how the emerging Republican presidential candidates assess the record listed above and begin to integrate alternative policy decisions into their campaign.
Posted by Chuck Black