Alliances: A Way to Stay in the Aerospace Business?

Small aerospace suppliers are having trouble dealing with the price reductions expected by original equipment manufacturers (OEM's) such as Boeing, as part of their "partnering for success" program.

The implementation of such programs will lead to a reduction in the respective OEM supplier base, which will cause in reduction of costs for supplier maintenance and quality audits etc. The OEMs are able to achieve these cost cuttings in short term, and can show the impacts on their following profit and loss statements. Apparently they do not consider that these actions will affect the options of possible suppliers and therefore the development of prices in the long run, because a significant number of small suppliers will be forced to look for other markets or will disappear from the market.

In the "golden age" of aviation, small companies had been in the forefront in technological development. The OEMs utilized them, for their own advantage because of their flexibility, their ability to advance projects quickly and their affordable cost structure, especially low overhead cost.  Several small suppliers of yesteryear were given the opportunity to grow with the demands of the OEMs and have evolved from a local, small-scale company to today’s ‘Tier 1’ supplier. They began with the development of prototypes and ended with the delivery of serial parts or components. The new policy being implemented will hinder these developments, which might not be in the best interest of the industry.

Today’s procedures are not new and have had their beginnings in the automotive industry. The so called “Lopez- Effect” was the result of these tries and is still a negative synonymous with cheap and defective components, but it is obviously forgotten by the OEMs of the aircraft industry, which tries to dictate the prices of the supplier. Later, this purchasing policy led to significant complications because of the elimination of choice, as some suppliers became monopolists; what was not conducive for the price and technological development at all. The affected companies (General Motors, Opel, Volkswagen) had to fight with their reputation being on the line because of producing poor quality products; resulting in significant financial losses in the long term.

In the 1990s, the DaimlerChrysler Aerospace AG (DASA), which is now a part of the Airbus Group, started cost reduction programs resulting in hard times for their suppliers. The requirement of cost reduction at that time was caused by the fact that aircraft were sold in USD, but produced in local currencies. The requirement was implemented rigorously by removing lots of small suppliers, which did not have any unique features or the applicable size to fit the prospect of the OEM.

The "risk sharing partner idea" was adopted from the automotive industry. Engineering should be delivered from the company which was foreseen to deliver the serial parts. As a result, it occurred that some suppliers developed parts for free, but never received the order because of a change in technology, cheaper competitors, etc...

All these increased costs do not improve the already low operating margins of the supplier. Low margins may lead to economic problems, which have to be reported to the OEM and may result to the cessation of the business connection and cause a going out of business for the supplier.

Tom Captain, a Seattle based aerospace and defense sector leader of Deloitte LLP, recommended in his March 17th, 2014 Aviation Week and Space Technology article "Growing Pressure On Suppliers Poses Big Risks For OEMs" that suppliers make investments in machinery, engineering and services. This suggestion is worth considering for suppliers of bigger quantities of duplicate parts.

It may not be applicable for companies which are delivering small quantities of parts, handcrafted parts, customized parts and small companies which do not have a chance to use new investments to full capacity.

Captain wrote: “Some might drop out of business. Many of the smaller suppliers may be acquired to enable the surviving bigger companies to gain better economies to scale.”

However there is another way that preserves the independence of the suppliers and enhances its attractiveness for the OEM's:  alliance building. The bundling of interests and capacities under a common name will help many small companies to stay in business, because it enables them to perform as "Tier1" suppliers without showing significant overhead cost and losing flexibility and creativity.

Alliances, when professionally planned and executed, can lead to real cost reductions, because they are enhancing the work load and increasing the portfolio of each member. Nevertheless, the alliance has to be properly communicated and connected for the increased number of activities that are to be introduced to the OEMs. 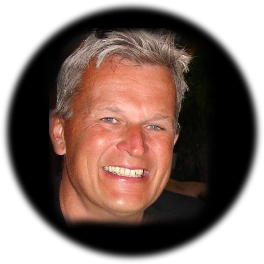 Stephan Brecht, the president of Tama International, has a background of 25 years of experience in the automotive and aeronautical industry. He is Tama's specialist for business development, business plans and marketing.
Posted by Chuck Black