Dr. Bruce Cordell, over at the 21st Century Waves blog, often writes about science education as being the major driver of economic competitiveness so it's no surprise that his latest post, titled "Californian's Reveal the Secret of the Future" focuses on the recently released National Academies of Sciences and Engineering report which concluded (again) that science education is a major economic driver.
It's also not uprising that a great many Canadian organizations feel the same way. These include the Science Technology and Innovation Council (STIC) in their May 5, 2009 document titled "Science, Technology and Innovation Council finds Canada a solid performer in science, technology and innovation — but needs to aim higher on the world stage" and the Conference Board of Canada in their document "How Canada Performs 2009" which was released in March 2010.

But what is uprising is that Canadian space focused organizations are finally beginning to take notice of this correlation. Chief among them are members of the Canadian Aeronautics and Space Institute (CASI) which is partnering with Richmond, BC based Geocentrix Technologies Ltd to launch the Canadian Satellite Design Challenge (CSDC). 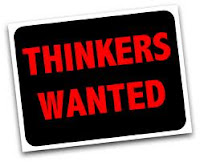 The primary objective of the challenge is for teams of university students (undergraduate and graduate) to design and build an operational small-satellite, based on commercially-available, "off-the-shelf" components.

The satellites will undergo full launch and space environment qualification, and the ultimate goal of the CSDC is to launch the winning satellite into orbit in order to conduct science research.

The CSDC will begin at participating universities and colleges in September, 2010; the winning satellite(s) will be selected in October, 2012.

The contest was formally announced on September 22nd, 2010 but has been in the organizational and planning stages for some time according to the CSDC website. Corporate sponsors include MITACS, MacDonald Dettwiller (MDA,) Microsat Systems Canada, Neptec Design Group, ABB Canada, Magellan Aerospace, AppSpace Solutions, Analytical Graphics, Manitoba Aerospace, NEI Software, the Canadian Space Society and quite a few others.

It's likely coincidental that Geocentrix is located within driving distance of a gentleman named John Chapman. Last fall Chapman wrote a letter to Canadian Space Agency (CSA) President Steve MacLean seeking support to create a system of prizes for Canadian universities, businesses and individuals, similar to the NASA Centennial Challenges.

According to my November 17, 2009 post "Preparing for the Next Great Canadian Gold Rush," Chapman felt that “someone needs to be the Western Canadian champion” for this sort of activism to train the next generation of engineers, experts and space focused entrepreneurs.

Since Mr. MacLean never responded to Mr. Chapman's letter, it seems clear that things are moving ahead without CSA participation. The next Western Canadian space champion is likely going to be working for Geocentrix or maybe even someone else in CASI, but probably not for the CSA.
Posted by Chuck Black No comments:

Who Was Larry Boisvert?

Does anyone remember Laurier (Larry) J. Boisvert? He was once supposed to be a "keeper" for the Canadian Space Agency (CSA).

Biosvert was the President of CSA from April 12 to December 31, 2007. He got the job after finishing up a successful career at Canadian satellite communications provider Telesat. According to Gordon Sheppard and Agnes Kruchio in their book Canada's Fifty Years in Space: The COSPAR Anniversary: 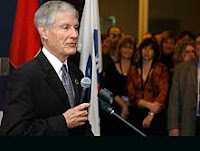 Biosvert had spent 34 years with Telesat, the final 13 as president and CEO during which Telesat achieved dramatic growth and became an international competitor in satellite services. He was prepared to establish a new direction for the CSA as well ... reducing the level of bureaucracy to something closer to that of the private sector. However, he resigned in December 2007, saying that a president with a longer tenure would be required for the challenge.

The SpaceToday.Net website disagrees with Sheppard and Kruchio's explanation for Biosvert's retirement. According to the Jan 10, 2008 article CSA President Resigns "Boisvert's departure may be linked to the sale of the space business of Canadian firm MacDonald, Dettwiler and Associates to US aerospace and defense company ATK."

In January 2008 Canadian space focused company MacDonald Dettwiler (MDA) announced that it was selling it's space focused business to US firm Alliant Techsystems (ATK). That sale was eventually blocked by the Canadian government.

According to historian Chris Gainor in his June 2, 2008 Space Review article "Blocked sale exposes the neglect of Canada’s space program" the core reason for the attempt by MDA to sell their space assets was quite revealing:


Over the past decade, Canadian governments allowed the Canadian Space Agency (CSA) and its programs to run on autopilot, rejecting new program ideas and freezing funding at a level that caused Canadian space spending to fall behind other advanced countries’ levels of support for space activities. The growing problems at the CSA were masked by events such as last December’s successful launch of RADARSAT-2 and the successes of the Canadian-built shuttle robot arm and the Mobile Servicing System on the International Space Station.

Since 2008, MDA has prospered and remained Canadian. The government has taken the company under it's wing and is attempting to provide a consistent revenue stream to fund ongoing Canadian space program contributions including the Mars Science Laboratory (MSL) and the Radarsat Constellation.

But for the rest of the Canadian space program, very little has changed. New program ideas and projects are still few and far between. 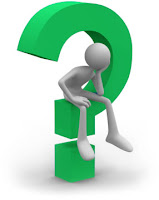 Boisvert's successor, astronaut Steve MacLean, was given two months by then Industry Minister Jim Prentice when he was named CSA president in fall 2008 to create a new Long-Term Space Plan to address CSA problems and define specific technology areas where Canadians should focus.

Maclean and was told specifically that "time is of the essence."

But the MacLean generated long term space plan was never publicly released and all indications are that it was either ignored or rejected outright by the Canadian government because of cost and non-compliance with the commercialization policies of Industry Canada, the Canadian government department to which the CSA is officially a part.

Of course, the US National Aeronautics and Space Administration (NASA) is still providing free rides for Canadian astronauts in exchange for our CanadArm, CanadArm II and Dextre contributions to the International SpaceStation (ISS) which helps to hide ongoing problems in the Canadian space industry behind a facade of astronaut activity.

But the the recent firing of Com Dev International CEO John Keating as outlined in my September 7th edition of "This Week in Space for Canada," suggests that at least some of these issues are slowly percolating to the surface. Keating was fired for delays and cost overruns on government satellite programs; the Com Dev private satellite business was growing in a consistent, profitable and predictable manner.

If not now, then when?


Not Yet Now
Uploaded by sbibim. - Music videos, artist interviews, concerts and more.
Posted by Chuck Black No comments: