The most sophisticated space robot ever built will be performing maintenance on itself and the rest of the International Space Station (ISS) throughout the coming week. 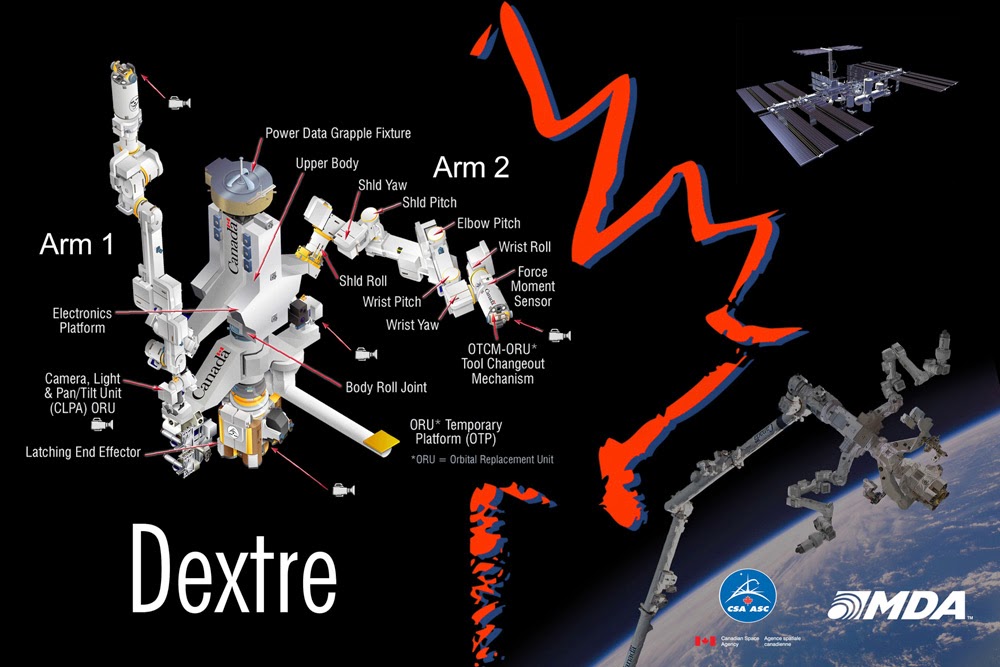 This Canadian built and programmed “handyman” has significantly reduced the need for dangerous and lengthy space walks, saving the ISS crew’s time for their scientific experiments and studies.

The countless maintenance jobs done by Dextre to date involve anything from detailed maintenance work, to performing the first refueling of a mock satellite in space, a mission known as the Robotic Refueling Mission technology demonstration (RRM).

Space robotic self-repair and maintenance is promising and necessary for the advancement and continuation of humankind’s exploration of space. As discussed in the January 20th, 2014 post "Space Tethers as an Orbital Debris Removal Technique," the space debris issue could be dealt with more effectively through the use of on-orbit robotic servicing technologies, and RRM showed how promising this next step would be.


The CSA is currently working towards a Next Generation Canadarm (NGC), whose technology will allow us to continue in our exploration of the solar system and beyond. The vast number of satellites used in our daily lives, as well as any other devices orbiting our planet, will be greatly reduced through the ability to maintain, refuel and reposition existing technologies, and the new Canadarm fleet will be redesigned with these goals in mind.