The 2014 Edition of Summer Reading for Space Geeks 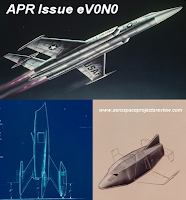 For the man who has everything, but would prefer lying on the beach reading about space, here is the latest in our annual spring listing of articles, websites and publications which provide a bit of context to the current space debates happening here and elsewhere.


Aerospace Projects Review - The classic "journal of unbuilt aircraft and spacecraft projects" including detailed schematics for aircraft and spacecraft designs such as Saturn V S-IC derived flyback boosters, the Helios nuclear-pulse propulsion program, the incredible Project Orion interplanetary battleship along with various predecessors of the X-20 Dyna Soar, the Space Shuttle, the International Space Station (ISS) and many others.

America's Space Futures: Defining Goals for Space Exploration by Eric R. Sterner - Focused on "the ongoing debate about space policy, the American space program and the human destiny in space." With a plethora of knowledgeable contributors including James Vedda, a senior policy analyst at the Center for Space Policy & Strategy, Scott Pace, a professor of international affairs at the George Washington University and many others, there's no better place to learn why the American space program is adrift, uncertain about the future and unclear about the purpose it serves.

The Archimedes Institute - An international not-for-profit organization focused on issues of private property claims in space, which was active from 1997 to the early 2000's, a period during which many early legal claims in this area began to flow through the court system. The site was organized and maintained by Professor Lawrence D. Roberts, a legal academic specializing in science and technology policy, and David Kantymir.

An Astronaut's Guide to Life on Earth - Chris Hadfield's guide to becoming an astronaut and the fun of living off planet.  Along the way, he shares exhilarating experiences and challenges, from his 144 days on the ISS, and provides an unforgettable answer to his most-asked question: What's it really like in outer space?

The Atomic Rockets of the Space Patrol website - Inspired by Heinlein, Clarke and Pournelle to provide everything you need to know about building spaceships. The site is especially useful for its discussions on engines, realistic spacecraft designs and a standalone section on "Rocketpunk and MacGuffinite."

Becoming Spacefarers: Rescuing America's Space Program by James A. Vedda - All you ever wanted to know about the US space program with extra political intrigue, historical analogies and ideas that challenge conventional wisdom added for seasoning. It's written to respond to the debate on what we should be doing next in space exploration and development.

The Canadian Science Writers Association - A national alliance of professional science communicators who "cultivate excellence in science writing and science journalism" in an effort to increase public awareness of science in Canadian culture.

Canadian Space Flight History by Chris Gainor – A short history of Canadian exciting on and off-planet adventures in space by the author of Arrows to the Moon and Canada in Space.

Canada’s 50 Years in Space: The COSPAR Anniversary by Gordon Shepherd and Agnes Kruchio – Provides a thorough description of the parallel growth of the Canadian space science program and the international activities of the Paris based Committee on Space Research (COSPAR) from 1958 up until the 50th Anniversary of COSPAR in 2008. For those who think we need to know more about our history in order not to make the same mistakes.

The Chapman Report – Canada is today an international leader in the fields of communications and remote sensing because of John Chapman (1921-1979) who was senior author of a report entitled “Upper Atmosphere and Space Programs in Canada.” The document, written in 1967 and now known simply as the “Chapman Report,” recommended using Canadian satellite and space technology for commercial activities such as communications and resource management instead of focusing only on scientific research. Over time, the report became “Canada’s Original Blueprint” for space activities.

Creating A Robust Canadian Space Research Exploration & Development Industry - The Canadian Mineral Industry Flow-Though Share Analog - A paper originally presented by Frank Teti at the 2008 Canadian Space Summit which suggested that private capital would flow into the space industry if the government gave the space industry the same tax breaks as the mining industry. Became the basis for one of the three 2012 Canadian Space Commerce Association (CSCA) submissions to the Canadian Aerospace review under the title "Creating an Indigenous Canadian Launch Capability."

Several presentations on space mining including the Importance of Mineral Exploration and Mining to Humans in their Space Development Activities by John A. Chapman (presented to the BC Geophysical Society in February 2013); A Lunar Geosciences Database – The Earth’s Map Place Analog by Gerald G. Carlson, John A. Chapman and Ward E. Kilby (presented at the 2007 European Geosciences Union General Assembly); and Development and Operation of a Surface Mine in a Remote Location - South Polar Region of the Moon by John A. Chapman and Marc Schulte (presented at the 8th International Lunar Exploration Working Group (ILEWG) Conference on Exploration and Utilization of the Moon in July 2006).

Archived presentations from the Future In-Space Operations (FISO) Working Group - These are archived and peer reviewed studies (some with audio visual and power-points) for a variety of NASA approved concepts related to future in-space operations and activities.This site includes Dan King's presentation on the MacDonald Dettwiler (MDA) on-orbit satellite servicing proposal (under the title, Space Servicing: The Future is Now) and a variety of presentations on asteroid mining techniques and tools. The site provide a fascinating overview of what could be accomplished today with the proper budget.

Historical Investment Financing of Exploration for New Worlds, Current Analogies to Other Industries, and Ideas for the Future - Essential reading for understanding the essentials of how explorers have always been financed, written by a Canadian banking executive.

A Man on the Moon: The Voyages of the Apollo Astronauts - By Andrew Chaikin. Based on in-depth interviews with twenty-three of the twenty-four moon voyagers, as well as those who struggled to get the program moving, the book conveys every aspect of the Apollo missions with breathtaking immediacy and stunning detail. Includes an introduction by Tom Hanks, an actor who has played an astronaut in movies and is therefore assumed to know what he's talking about.

How NASA Builds Teams - By Charles J. Pellein and focused on "mission critical soft skills for scientists, engineers, and project teams." This book outlines team building techniques used to improve communication, performance and morale among NASA’s technical teams using only a fraction of the time and resources of traditional training methods. A book for those who don't believe the US space program is adrift, uncertain about the future and unclear about the purpose it serves.
ISRU Info: The Home of the Space Resources Roundtable - A non-profit corporation promoting the development of space resources. Recent meetings have been held in conjunction with the Planetary & Terrestrial Mining Sciences Symposium (PTMSS), which bills itself as "the future of space mining."

LEO on the Cheap - By Lt. Col. John R. London III. A fascinating read on methods to achieve drastic reductions in launch costs. It's a part of the Dunn Engineering website and serves as a useful companion piece to the 1993 John Walker article "a Rocket a Day Keeps the High Costs Away."
The Microsat Way in Canada – A paper written by Peter Stibrany and Kieran A. Carroll discussing how micro-satellite manufacturing methodologies will change the economics of space applications and reduce the barriers to entry for new companies. This is the basis for the methodologies in use today at the University of Toronto Institute for Aerospace Studies (UTIAS) Space Flight Laboratory (SFL).

The Online Journal of Space Communication - Since 2001, this scholarly publication has bridged the world of the professional and the world of the academic, two worlds in desperate need of bridging. The publication examines a broad range of issues and events in space and satellite communication, including their historical, technological, economic, policy, cultural and social dimensions.

The Orbital Express Project of Bristol Aerospace and Microsat Launch Systems - An important case study for those wishing to study the technology and business development issues surrounding a small satellite launch vehicle.

The Plundering of NASA: An Expose by Rickey D Boozer - An interesting expose which attempts to lift the veil of Congressional politics which force NASA to do the bidding of regional interests that cripple the nation’s capabilities in both exploring outer space and exploiting its enormous economic potential.

Reaching for the High Frontier: The American Pro-Space Movement, 1972-1984 by Michael A. G. Michaud - Exceptional reading for background on the various space advocacy groups which grew out of the 1972–1984 period of stagnant space activities. Provides many useful lessons and is even available free online.

Safe is Not an Option: Overcoming the Futile Obsession with Getting Everyone Back Alive that is Killing our Expansion into Space by Rand Simberg - Since the end of Apollo, US space operations have ostensibly emphasized safety first. Simberg argues that this has been a mistake, and we must change if we are to continue to "boldly go" back to the Moon and Mars. Simberg makes a cogent argument that our focus on safety doesn't really increase safety but instead acts as a "barrier to entry" for new companies and protects the profits of large, politically connected "dyno-space" companies.

Small Satellites and their Regulation - This short interdisciplinary book, covers the legal challenges relating to small-sats including technical standards, removal techniques or other methods that might help to address current problems and the regulatory issues and procedures to ameliorate problems associated with small satellites, especially mounting levels of orbital debris and noncompliance with radio frequency and national licensing requirements, liabilities and export controls.

Space Chronicles: Facing the Ultimate Frontier by Neil deGrasse Tyson - One of our foremost thinkers on all things space, illuminates the past, present, and future of exploration and reminds us why NASA matters now as much as ever.

Thirteen power point presentations on Space, Cyber and Telecommunications Law - From various public conferences held at the University of Nebraska at Lincoln and including presentations from top lawyers, international experts, FAA representatives and lobbyists.

The Spaceflight Now listing of Worldwide Launch Schedules - A regularly updated, comprehensive listing of planned missions and rocket launches around the globe. Dates and times are given in Greenwich Mean Time.

Proceedings of the Princeton Conferences on Space Manufacturing - Abstracts from thirteen conferences from 1975 until 2001, which focused on the challenges and opportunities of space based manufacturing.

Space Mission Analysis and Design (SMAD) - By James R Wertz and Wiley Larson - A textbook quality publication for engineering and space activities providing what you need to speak the language of space. 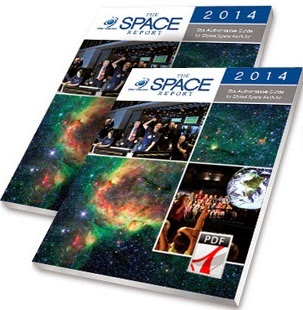 The Space Report – The “authoritative guide to international space activities” published by the Space Foundation, one of the world’s premier nonprofit organizations supporting space activities, space professionals and education.

The Space Review - An online publication devoted to in-depth articles, commentary, and reviews regarding all aspects of space exploration: science, technology, policy, business, and more. Edited by Jeff Foust, an aerospace analyst with Futron Corporation (which also produces the Futron Space Competitiveness Index) and the writer of the Space Politics blog.

Vision Restoration - Fascinating reading on NASA, ESA and America's past and future in space focused around the February 2004 NASA Vision for Space Exploration but full of lessons related to the current Space Launch System (SLS) debate and large, government funded space programs in general.