Founded in 2009 as a spin-off from the Deutsches Zentrum für Luft- und Raumfahrt (DLR), an organization more commonly known as the German Aerospace Center, VLC maintains strong ties with its parent organization but is not terribly well known outside of Germany.

That may change over the next little while. As outlined in this August 2016 New Space Global (NSG) interview between VLC business development and systems engineer Kevin Shortt and NSG senior editor David Bullock, the company has a lot on the go and good prospects for the future.

Longtime readers looking for a Canadian connection might also recognize Shortt as the past president of the Canadian Space Society (CSS), where he remains active as their international relations officer.

Shortt belongs to a growing list of Canadian space professionals who've had to move abroad in order to continue in their chosen profession.

Bullock: VLC develops and manufactures wireless laser communications systems for the aerospace and space industries and these systems are basically considered to provide “fiber in the air”-- capable of transmitting high data rates of up to 10 gigabits per second, from aircraft to ground, satellite to ground, inter-satellite links and other types of applications.

As per the NSG 1st screen assessment, our NSG analysts believe management is the most important criteria in analyzing a company. Please tell NSG subscribers a little about you and your management team’s background.

Shortt: VLC is a spin-off company from the Institute of Communication and Navigation at the DLR, which hosts a free-space optical communications research group. In 2009, three of the scientists from the group decided that they were going to create a spin-off, which became VLC. With the help of DLR’s technology marketing department and its Institute for Communication and Navigation, the three founders were connected with other entrepreneurial mentors that helped get the company started.

So as it is now, the management at VLC consists of two of the original three founders, as well as a CFO with senior experience in managing and growing small to medium companies and a COO, who has a background in high technology and facilitates our manufacturing and supply chain.

Bullock: What are management’s primary objectives?

Bullock: As per the NSG 2nd screen assessment, what markets are you currently generating revenue from?

Shortt: It really runs the gamut. Our customers are involved in high altitude platforms, such as balloons, and high altitude unmanned aerial vehicles (UAVs). We have customers looking at space applications, as well as aircraft to ground communications, sort of the whole spectrum of airborne and space borne communications.


Bullock: What markets do you think are most set for growth in the years to come?

Shortt: I think that certainly with the likes of Facebook and Google, they are seriously promoting their dream of providing an internet for everybody. Of course with that as an end goal, large scale deployments of effectively backbone network architectures in the stratosphere is certainly making headway. The Sat-Com industry is responding in a like manner in a sense that they need to stay competitive and that they are fighting to keep their subscribers engaged.

Of course, everybody is looking for more data rate and bandwidth so the Sat-Com industry is examining inter-satellite links and potentially facilitating those by laser. I think those are the two largest market opportunities now. And then interspersed amongst that you have a number of smaller niche applications that look at the same types of technologies for long haul links but for specific applications.

Bullock: As per the NSG 2nd screen assessment, what does your capitalization currently look like?

Shortt: I am not privy to those details, but in broad strokes we have a collection of investors, private equity investors, things of that nature.

Shortt: Not being directly involved with that process, I can’t speak to many specifics. As a close outsider looking in, I think it hasn’t been too difficult to raise funding because, again, there is a major movement in the telecommunications industry to be providing evermore bandwidth. Certainly, optical fiber communications is well established in the industry, as are the benefits that come with it, but there are also a number of significant restrictions on that technology.

For example, running a deep sea cable between Europe and North America is not an easy feat. If you lose a connection or if the fiber is damaged in some way, there are maintenance costs involved. So when investors hear about wireless optical communications and what it can potentially provide, it becomes very attractive. The target markets and target pricing of systems fits well into what a lot of investors see as money well invested, with a strong return on investment.


Bullock: As per the NSG 4th screen assessment, how is your company’s technology unique?

Shortt: Well, we’re the only company in the world that, to my knowledge, provides commercially available, end-to-end airborne laser communication systems. Anybody else that is working on this type of technology predominantly come from research institutes or government facilities and are focusing very much on prototypes and demonstrations. VLC stands as one of the very few companies in the world that are providing aerospace quality laser communications systems to commercial customers.

Given the current maturity of the technology, we are now able to turn our attention to fully exploiting it by focusing on more network oriented applications. When you start considering these systems at a network level then an entirely new realm of possibilities in airborne, and space-borne, communications opens up. The exciting part is that we are just beginning to see early stages of worldwide deployment of this next generation of optical network.

Bullock: What can we expect in the future for your products and services?

Shortt: As I said, right now, we are getting a lot of momentum in our space systems development. One of our unique advantages compared to other laser communications space system providers is that we took a step-wise approach to our development. Not specifically because we were targeting the space market, but just by nature of the kinds of applications that VLC was involved in early on.

So I’m talking about aircraft-to-ground applications where you have a lot of remote sensing, a lot of intelligence, surveillance and reconnaissance (ISR) - the types of mission profiles that are suitable for laser communications. That allowed us to build our initial product base and then we moved on from there to stratospheric applications and the development of our stratospheric terminals. And so the natural progression has been to take those commercial systems and then further advance them such that we can create a commercially relevant space system. So what we are doing in developing a space system is we are maximizing the commercial involvement and commercial investment into the system.

We are also maximizing the use of our commercial off the shelf (COTS) components, which again drives down costs for a space qualified terminal. We are focusing on mass production, so we are not looking at individual units, but we are looking at the production of dozens of units for space--so this is also a cost-driving factor.

This is the general direction we’re moving in and it’s attractive to our customers because we can deliver a very competitive price to our customers. At the end of the day, the R&D that we are investing in our space terminals is just what we call a “delta R&D,” because it really is just the difference between a stratospheric terminal and a space terminal for which we are funding the development.


Since a stratospheric terminal has many of the same design constraints as a space terminal, such as working in a vacuum or very low air pressure with very large changes in temperature, we have already accomplished a significant portion of the development.

To speak in the European context, I see NewSpace endeavors gaining much, much more traction. A couple of months ago, the Federal Ministry for Economy and Energy funded a study with two Munich-based think tanks to look at investment potential within space-based businesses in Europe and, in particular, in Germany. The fact that you have a government agency investing in research for a report of this nature shows the changing nature of entrepreneurialism towards space applications in Europe. This is very much a driving factor within the European Union, particularly when it comes to aerospace and space applications.

So again, I think that these are all positive indicators that in the next five years there is going to be a very serious uptick in private space investment in Germany and in the broader context of Europe, which will ultimately lead to the establishment of more NewSpace-oriented companies on this side of the Atlantic.

I think that with organizations like DLR with its technology marketing department, which is actively looking at the research that DLR is producing and encouraging scientists to go out and establish NewSpace companies, I think this serves as a serious catalyst in the establishment of a much more dynamic and prosperous NewSpace community here in Europe.

As these fledgling companies grow in Europe, the next natural step is to expand into the larger international market, much like what VLC has done by establishing a subsidiary based in the US. Earlier this year, VLC established ViaLight Space Inc. as a means to focus our space business while allowing us to engage with our US customers more efficiently.

Bullock: Last question: Do you want to go to space? Why or why not?

In particular, within the next ten to twenty years, having lunar bases and having that type of permanent presence in space is what I personally look forward to. To provide communications systems that are not just limited between the Earth and LEO or GEO, but to provide communications systems for an interplanetary internet. This is a driving factor towards what some of the more exotic groups are chasing. Some groups are looking at what kind of internet protocols would be required for such a network.

So being involved with these kinds of developments and being able to work in space and provide this kind of communications infrastructure, that would be fantastic. 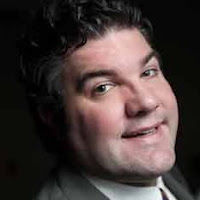 David Bullock is the Senior Editor at NewSpace Global. This article originally appeared in NewSpace Watch.
Posted by Chuck Black