An Overview of the SSL/DARPA On-Orbit Satellite Assembly Program

MacDonald Dettwiler (MDA) through its US based Space Systems/Loral (SSL) subsidiary, has announced another contract from the US Defense Advanced Research Projects Agency (DARPA) to study on-orbit robotic assembly of geostationary communications satellites. The program, called Dragonfly, is designed to enable larger and more powerful satellites that cannot be launched fully assembled, to be packaged in pieces within a standard launch vehicle fairing for assembly in orbit.


But while the last contract, as outlined in the September 1st, 2015 Space News post, "Space Systems/Loral To Study on-orbit Assembly for DARPA," provided only for a five-month study contract valued at $250K US ($329K CDN), the latest award, as outlined in the July 22nd, 2016 Space News post "SSL wins $20 million DARPA contract to build robotic arms," is far more substantial and covers the actual construction of two robotic manipulator arms for the proposed Dragonfly satellite.

As outlined in the December 10th, 2015 Via Satellite post, "SSL Awarded NASA Contract for Robotic Satellite Assembly," the company has also been promoting its robotics solutions to NASA and other US government agencies.

The two on-satellite robotic arms are expected to be smaller versions of the Canadarm, a remote-controlled mechanical arm, also known as the Shuttle Remote Manipulator System (SRMS) that enjoyed a 30-year career with NASA's space shuttle program. Canadarm2 is a bigger robotic arm which helped build and is currently in service on the International Space Station (ISS).


The Dragonfly project is an outgrowth of Darpa’s Phoenix program to demonstrate robotic servicing and re-purposing of spacecraft in geostationary orbit (GEO). Dragonfly not only has the potential to transform the way satellites are built, but could also have positive impact on their service life. It will be easier to replace defective or broken parts of satellites that have been launched in modular pieces by different rockets, and then assembled in orbit. The robotic assembly element of the satellite could also be used for in orbit refueling to prolong the satellite’s operational life.

“The ability to safely and cooperatively service satellites in GEO would expand public and private opportunities in space,” Al Tadros, the vice-president of civil and department of defence (DOD) business at SSL, said. “It could enable entirely new spacecraft designs and operations, including on-orbit assembly and maintenance, which could lower construction and deployment costs while extending satellite utility, resilience and reliability.” 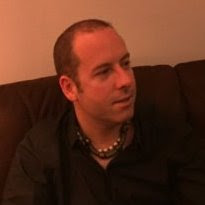 In essence, the Canadarm franchise has been the goose that lays the golden eggs for MDA.

Alan Calder is the VP of strategic initiatives for the Commercial Space Media Company.
Posted by Chuck Black