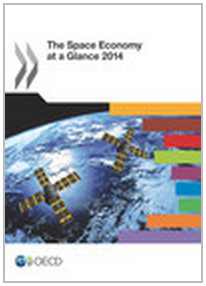 Anyone looking to learn the real state of national and international space activities and the economic benefits deriving from those activities might not want to wait for the anticipated January 2015 delivery date on the next quarter million dollar Canadian Space Agency (CSA) study on the topic and could instead check out the just released 2014 report from the Organisation for Economic Co-operation and Development (OECD) on "The Space Economy at a Glance."

The report is available at no charge on the OECD "Space Forum" website. As outlined on the website;


The OECD Space Forum aims to assist governments, space-related agencies and the private sector to better identify the statistical contours of the growing space sector worldwide, while investigating the space infrastructure’s economic significance and potential impacts for the larger economy.

According to the report, "the space economy represented some USD 256.2 billion in revenues in 2013, divided between the space manufacturing supply chain (33%), satellite operators (8.4%) and consumer services (58%), including actors who rely on some satellites' capacity for part of their revenues, such as direct-to-home satellite television services providers."

But as outlined in the August 24th, 2014 post "Space Agency Seeks Insight into Space Industry," the CSA didn't just contribute data and background materials to the OECD. Over the summer, the CSA also solicited bids of up to $250,000 CDN, from "qualified suppliers" willing to undertake a "comprehensive socio-economic impact assessment" of the Canadian space sector.

The original bid, as referenced on the the Public Works and Government Services Canada BuyandSell.ca website under the title Comprehensive Socio-Economic Impact Assessment of the Canadian Space Sector (9F012-140360/A), even explicitly referenced OECD expertise in this area. 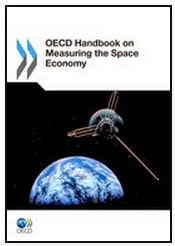 According to page 34 of the "Task and Solutions Professional Services (TSPS) Solutions Based Supply Arrangement (SA) Request for Proposal (RFP) for the Requirement of: Comprehensive Socio-Economic Assessment of the Canadian Space Sector for the Canadian Space Agency," the first task required as part of the project, was a "review of background documentation" and best practices such as those outlined in the OECD Handbook on Measuring the Space Economy.

The most recent version of this handbook, published in March 2012, provided a summary of the key methodological issues surrounding indicators and statistics on the space sector and the larger space economy and was meant to be complementary to another publication, the 2011 edition of the Space Economy at a Glance. Both publications, along with many others, are available as free downloads from the OECD website.

The final CSA contract, valued at $285,000 CDN according to the October 20th, 2014 post "Hill Times Promotes the 2014 Canadian Aerospace Summit," was won by the North American subsidiary of Paris, France based Euroconsult which is currently preparing the final report for presentation to CSA and other government officials, "by January 30th, 2015."

Here's hoping that the OECD left at least some of the juicy details related to measuring the economic benefits of space activities out of its free reports in order to provide value to the paid report which Euroconsult is preparing for the CSA.

Otherwise, even they might be better served by reading the free report.
Posted by Chuck Black