Is a Canadian Launch Provider Necessary or Just Another Option?

Many people question whether a Canadian launch capability is necessary or just an exciting possibility. A strong case can be made for why it’s an exciting necessity.


Capability in space and contact with extraterrestrial terrain are being recognized more and more frequently as national responsibilities, even amid economic woes. This stems not only from curiosity to explore the unknown, but also from the political, economic, technological and military benefits that progressive advancements in space provide a given nation. Likewise, growth in the space sector is exponential; with a sound orbital launch capability follows manned exploratory missions, interplanetary travel and more. The industry is also continuing to evolve from a sole reliance on bloated governmental organizations toward a creative realm of interdependence between federal and commercial entities. Space access is now something that everyone can talk about and take seriously.

This leads to why a Canadian launch capability is a necessity and not just a linear step forward. From a narrow-minded point of few, one may say that Canada can capitalize on the launch capabilities of other nations and leave it at that. Unfortunately, there are more complex consequences to this, and it shouldn't go unnoticed that the natural tendency of something not growing is to wither, not to remain the same. These consequences, or avoidance thereof, can be clearly observed within the world's present and historic aeronautical standings.

On that note, it is intriguing to note the following; Canada's economy is considered massively resource-based. Unfortunately, resources eventually run out. To relentlessly dedicate an entire nation's focus and funding to the maintenance of a single industry would be foolish, especially when that industry (unlike many others) must eventually die. In many ways, when a shift is forced to take place, the next logical step (one that militarily/technologically dominant countries are already taking) is the space sector. This makes sense due to its ability to employ large numbers of people with wide skill ranges and aggressive, high level intellect. Canada should want this degree of genius aspiring to work in-country.


Likewise, interplanetary travel, space resource mining and more are just over the horizon, meaning that the country will have to demonstrate a certain level of presence in space if it wishes to be taken seriously by international partners. Finally, the development of a domestic launch capability reflects that Canada possesses risk-taking ability. Nations that thrive are nations that take massive risks - they are not neutral and coasting, but consistently pushing their boundaries and living at their edge. They understand that there is no growth where there is no pressure. Canada is not typically mentioned among high-profile countries such as the United States, Russia and China because it’s gently or non-gently expressed a passivity in relying on other nations to provide meaningful capabilities that require large amounts of risk to refine. Ground-breaking innovation does not stem from a passive environment, and talent will almost always depart for better opportunity.

So how does a country effectively take such a step, moving from a small history of sounding rocket development to orbit-bound launch vehicles? The answer may lie in lessons learned from past attempts, and an understanding of New Space markets – particularly the small-sat sector, and what it truly takes to put them where they belong.

The micro-space revolution is finally making a serious impact, delivering new, affordable capabilities to members of the government, commercial and education sectors. In fact, SpaceWorks Enterprises’ 2013 Nano/Micro-satellite Market Assessment reports the number of nano/micro-satellites launched since 2000 indicates a tripling of the market every five years.


That said, there are three ways of looking at this growth from a launcher’s perspective. For one, how many institutions are willing to pay for a dedicated ride (or at least one shared only with other sub-100 kg satellites), and how much? Secondly, would organizations add satellites to their plans if they had timely access to a low-cost launcher? Lastly, how many new organizations would enter the industry due to lower cost barriers? In many ways, the uprising of a cheap, readily available delivery system to space could support the emergence of an entirely new market of satellites with diverse, creative applications - similar to when the smart phone first served as a platform for new smart phone apps. These are questions that must be answered in order to effectively orchestrate a small launch solution.

With access to orbit looming as the biggest challenge for these space systems, increasing secondary payload space serves as the most popular solution today. This solution isn’t feasible for everyone, though, as it often requires operating on a multi-year launch timeline challenging to small programs and those operating at a high pace. The characteristics of any successful smallsat launcher will have to include a very low cost (preferably under $1M per launch) and simplicity of preparation. In principle, the situation has always been a matter of cost vs. technology, and cost is consistently the most complicating factor. We know how to build and operate rockets – it’s doing so cheaply that makes things difficult. Under the pressure of profit margin issues, the real question to be asked is, “Who will provide the start-up financing for such a large, unpredictable venture?” Fortunately, there are answers to this question and ways to minimize risk (particularly financial) in predictable ways:


Development based entirely on VC funding or other private financing options outside the rocket company may not be entirely practical. The stress of needing to pay back investors decreases a new vehicle's potential to cut costs, and distracts the organization. Likewise, it’s been proven that internal investment can get the ball rolling, but a successful, long-term launch vehicle operation requires the stabilizing factor of governmental funding, particularly in collaboration with a national space program. This most notably helps absorb heavy R&D expenses that often lead new firms to failure. R&D plays a significant role in this type of project because it will not be a “blast from the past” that changes the future of private/public access to orbit; it will likely (and ironically) be the result of a very costly technology refinement and testing effort in search of a new, innovative approach to launch.

If federal support isn’t prominent, which may be the case for up-and-coming Canadian contenders due to continued statements from the CSA to prioritize the satellites themselves, then the developer will have to find a way to gather sufficient resources (internally or externally) to survive an early failure. Start-up failures are common, but a company may be able to beat the odds by balancing the degree of new technology used against the risks involved, which is a difficult process as proven by today’s space tourism companies. A design that maximizes operability, even at the expense of higher R&D funding, and uses modern technology without demanding a breakthrough has the best chance of success. Moreover, a lean, focused organization whose budget is not subject to constant depletion from other priorities is essential.


Bringing a challenge of this magnitude to Canada would enliven Canada's economy, technological capacity and national identity in a big way. As it stands, the country has never achieved an orbital launch, but doing so is becoming more of a necessity today than ever before. It is often only so long before such a decision must be prioritized, and this usually occurs when a position of rock bottom has been reached. 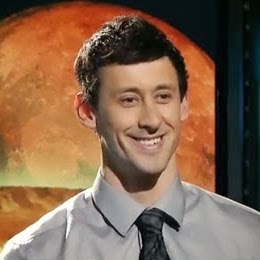 Canada can avoid such a situation by engaging in forward thinking, internally supporting the commercialization of a grand industry, and showing the world that it’s excited to take risks and be a part of something truly spectacular.