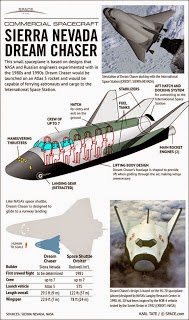 Sierra Nevada Corporation (SNC), the builder of the Dream Chaser orbital space plane, has stepped up its legal fight against NASA in the wake of SNC's not being awarded part of the latest in a series of contracts to ferry astronauts to the International Space Station (ISS) beginning in 2017.

On Sept 16th, NASA announced its selection of the Boeing Company and SpaceX to receive $6.8Bln USD ($7.6Bbln CDN) in Commercial Crew Transportation Capability (CCtCap) contracts. Of the two, Boeing was contracted to receive the larger share of $4.2 Bln USD ($4.73Bln CDN) with SpaceX getting $2.6Bln USD ($2.93Bln CDN).

The decision has generated controversy since Boeing has received more funding than rival SpaceX for performing the same mission with comparable spacecraft (the Boeing's CST-100 versus the SpaceX Dragon V2) and also because SNC had been considered a favoured candidate.

All three companies had received funding in earlier rounds of commercial crew contracts, which were designed specifically to encourage multiple and redundant designs for less than the cost of traditional single sourced approaches such as the NASA Orion Multi-Purpose Crew Vehicle (MPCV). NASA was widely expected to drop at least one commercial crew candidate in the latest funding round. 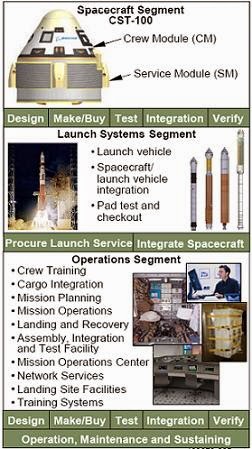 But on Sept 26th, SNC filed a protest with the US Government Accountability Office (GAO) regarding the CCtCap awards and NASA issued a stop-work order shortly thereafter. Then, on Oct. 9th, NASA lifted the order on the grounds that any delay in implementing the CctCap contracts would put the ISS and its crew "in jeopardy."

At this point, someone decided that the best way to defend against a suit would be to begin leaking confidential documents.

According to both the October 16th, 2014 Innerspace post "Hold On A Minute! SNC Files New Motion for Dream Chaser," and the October 11th, 2014 Aviation Week article "Why NASA Rejected Sierra Nevada's Commercial Crew Vehicle," a leaked memo signed by NASA associate administrator for human exploration and operations William H. Gerstenmaier stated that SNC's price advantage was offset by “the lowest level of maturity” of the Dream Chaser's design. The Dream Chaser, according to the memo, faced “significantly more technical work and critical design decisions” than its rivals, and also involved more schedule uncertainty. 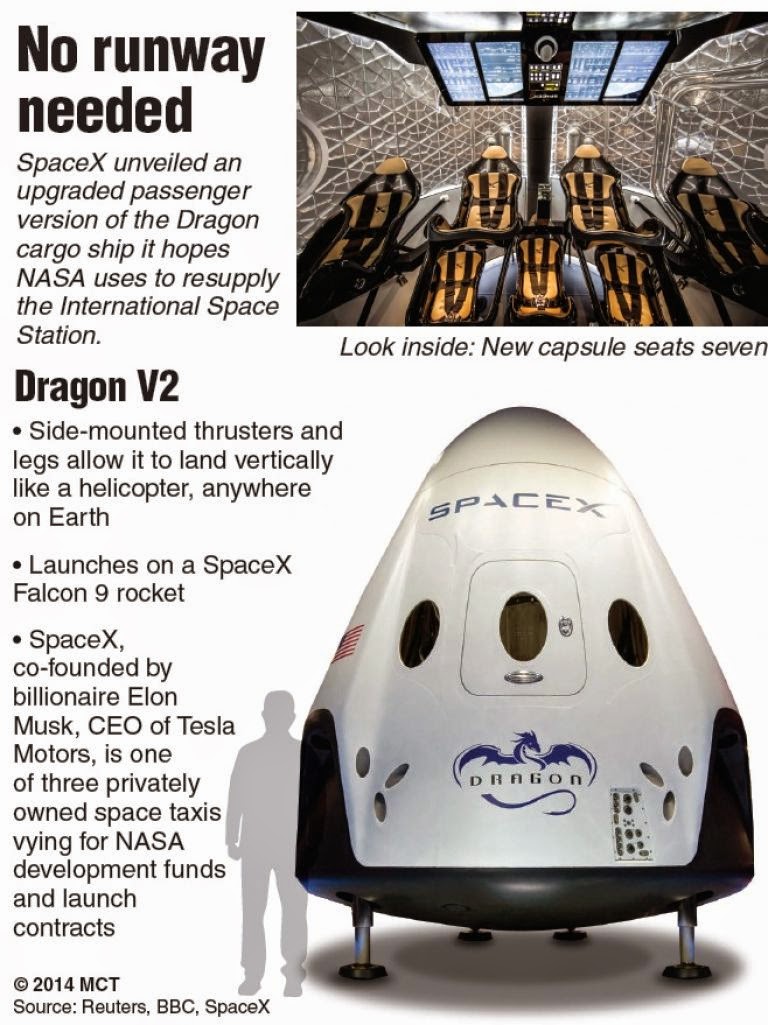 The leaked documents also commented on why Boeing was being paid so much more money for doing pretty much the same amount of work as its two competitors.

"I consider Boeing’s superior proposal, with regard to both its technical and management approach and its past performance, to be worth the additional price in comparison to the SNC proposal,” stated Gerstenmaier, at least according to the leaked memo.

Of course, SNC isn't totally dependent on NASA funding to keep the doors open at the Dream Chaser facility.

In December 2013, the German Aerospace Center (DLR) announced a funded study, called the Dream Chaser for European Utilization (DC4EU) program, to investigate ways in which Europe might take advantage of the Dream Chaser crewed space plane technology. As outlined in the January 8th, 2014 SpaceFlight Now article, "Europe eyes cooperation on Dream Chaser space plane," the ESA will also partner with the DLR to study European launch options under the DC4EU program.

Best of all, as outlined in the January 14th, 2014 BBC News article, "Dream Chaser mini-shuttle given 2016 launch date," the Dream Chaser is currently self funded for at least one unmanned orbital test flight in November 2016, using an Atlas V rocket, from Kennedy Space Center.

As outlined in the October 15th, 2014 Space Daily article, "SNC contracted for U.S. military technology demonstrator satellite," the firm also has other product lines and is not likely to drop off the face of the Earth anytime soon.

But there is at least one parallel between SNC's response to the CctCap contract awards and last year's battle between SpaceX and the Jeff Bezos owned aerospace company Blue Origin, over the use of Launchpad 39 at Kennedy Space Center in Florida. In both cases, a company believing itself wronged through favoritism sought to delay its competitors through legal means, to the detriment of the industry as a whole. In the case of Blue Origin vs SpaceX, aggressor Blue Origin lost.


Will aggressor SNC succeed in this new dispute? By blocking the progress of SpaceX and Boeing, an SNC victory could hamper the growth of the NewSpace industry.

Brian Orlotti is a Toronto-based IT professional and a regular contributor to the Commercial Space blog.
Posted by Chuck Black