AIAC Looking for a VP of Policy and Competitiveness 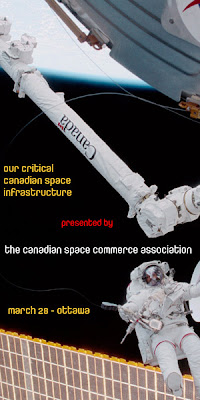 This would seem to be a setback for the expected review of Canadian aerospace policies as outlined in the November 3rd, 2011 Canadian Press article "Feds say review of Canada's aerospace policies will start, finish in 2012," which quoted then AIAC vice-chairman (now chairman) David Schellenberg as stating that he "expects to know the identity of the project leader within weeks" and Federal Industry Minister Christian Paradis as stating the review is expected to be completed "by the end of the year."

But according to AIAC VP of public affairs Maryse Harvey, the current gap in manpower will not prevent AIAC from moving forward with the review.

In a phone conversation last Thursday, Harvey committed to having an AIAC representative give a presentation on the terms and conditions of the review at the upcoming Canadian Space Commerce Association (CSCA) 2012 National Conference, being held in Ottawa on March 28th.

According to Harvey, the organization is looking for participation from all areas of both the "aero" and the "space" community and is looking for forums to help get their message out.

As outlined in my March 28th, 2011 post "The Difference Between 'Aviation' and 'Space.'" the two industries are often subject to different influences with our domestic aviation industry essentially defined and driven by access to international markets and the number of domestic jobs created while the much smaller Canadian space systems sector is more or less perceived of as being  "governed" by Industry Canada pronouncements on science & technology.

So it will be interesting to see how AIAC goes about reconciling those different influences and contradictory perceptions over the next year.

As for hiring someone as VP of policy and competitiveness, Harvey says that the AIAC is looking for a generalist who is "intellectually curious and with a policy kind of mindset" who can translate complex government policy pronouncements into "something our members and other stakeholders can easily understand."