Two Billion Dollars for the Canadian Space Agency
Part 1: Do We Really "Punch Above our Weight?"

Back in November of last year, I presented a paper at the 2010 Canadian Space Summit titled "Two Billion Dollars for the Canadian Space Agency: Historical Antecedents, Available Options and a Realistic Appraisal of the CSA’s Chances of Ever Getting a Funding Increase."

I wrote the paper in response to comments Canadian Space Agency (CSA) president Steve MacLean made on May 12th, 2010, while presenting to the House of Commons Standing Committee on Industry, Science and Technology (INDU) where he said:

If you want to do a first rate (job) on some of the examples (of potential CSA projects) I gave you, you are looking at an additional budget of $2 billion over five years.

That will put us at the table. That will drive innovation.

I've always been one of those people wanting to drive innovation.

But I've also always wanted to see what $2 billion spread over five years could allow the CSA to accomplish, where the money could come and how our current opportunities compare to earlier opportunities and previous Canadian long term space plans.

There are no obvious answers to those questions but here's what I found. 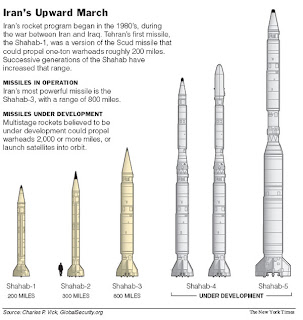 But if we then make a more detailed comparison between CSA activities and the other national space agencies with similar budgets we find that:

The tentative conclusion seems to be that a specific dollar amount doesn’t necessarily limit available options when running a space program. After all, our direct national competitors with equivalent budgets also have rockets, astronauts and strong science and technology programs.

In fact, a cursory look at the competition would seem to indicate no specific area where Canadian's really punch "above our weight" in space.

If any organization stands out, it's NSAU, with the smallest budget but 20% of the worlds satellites launching on Ukraine rockets. Of course, much seems to depend on history (the Ukraine was once a  part of the old Soviet Union) present partnerships, existing infrastructure and national requirements.

But some of it also seems to depend on the conscious choice of the program administrators and the national governments which place restrictions on space agencies, no matter how big the budget.

So the CSA isn't necessarily limited by it's budget but might be limited by our federal government and the perceptions of CSA administrators.

Why would the federal government and our CSA set out to "limit" space activities?

We'll discuss those issues and the federal governments perception of our Canadian space program in part 2 of this post.
Posted by Chuck Black