The 2015 Canadian Space Summit; November 19th–20th in Vancouver, BC

Canadian Space Agency (CSA) president Sylvain Laporte will highlight two days of discussions among Canadian space experts at the upcoming 2015 Canadian Space Summit. The summit, the annual event of the Canadian Space Society (CSS), will be held this year in Vancouver, British Columbia from November 19th to 20th.

The theme of this year’s Summit is “Innovation: Bringing Space Down to Earth.” Attendees will discuss how innovations in space have been beneficial to people on Earth and how members of the space community in Canada can bring that message to the public. 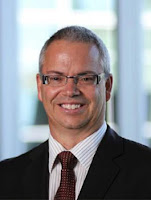 Speakers for the Summit include:


Sylvain Laporte, the president of the CSA - This will be one of the first opportunities for Mr. Laporte to talk publicly about both the future of the CSA and his new role. Chris Gainor, author and space historian - Mr. Gainor possesses decades of experience as a space and technology historian and writer specializing in space exploration and aeronautics. He is the author of four books, and his writings have appeared in various specialty publications and Canadian newspapers.. He’s currently working on a book for NASA about the Hubble Space Telescope. 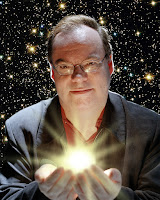 Dr. Jaymie Matthews, professor of astronomy and astrophysics at the University of British Columbia - Dr. Matthews describes himself as “an astro-paparazzo who unveils the hidden lifestyles of stars by eavesdropping on the music of the spheres." He does his astro-snooping using the Microvariability & Oscillations of Stars (MOST) space telescope, on which he is the lead mission scientist.

Dr. Cassandra Steer, the executive director of the Centre for Research in Air and Space Law at McGill University - Dr. Steer is an expert on international space law, especially the application of international law to military uses of outer space. 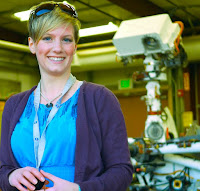 Dr. Glynis Perrett, a research associate in the department of astronomy at Cornell University - Dr. Perrett studies the geochemistry of Martian rocks and soils that have been analyzed by the Alpha Particle X-ray Spectrometer (APXS) instruments on-board the Mars Exploration Rover (MER) and Mars Science Laboratory (MSL) rover missions.

Robert Godwin, noted Canadian author, space historian and founder of Apogee Space Books - Mr. Godwin’s award-winning books have been discussed on CNN, the CBC, the BBC and CBS’s 60 Minutes. He’s also an engaging speaker who reveals details of space history events that are unfamiliar to most people. 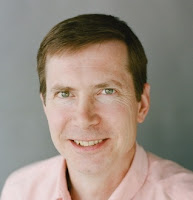 Larry Reeves, the president of Geocentrix Technologies and manager of the Canadian Satellite Design Challenge -As Mr. Reeves describes it, he’s currently "the senior systems non-engineer in an engineering role" at UrtheCast, the Vancouver-based satellite imaging company (it might be worth attending the summit just to find out what that job description means).

The 2015 Canadian Space Summit is being held at the Morris J. Wosk Centre for Dialogue in downtown Vancouver, British Columbia. One of the Centre’s notable features is the Asia Pacific Hall, a fully connected, state-of-the-art circular meeting room. Next to the Centre is the Delta Vancouver Suites, the official hotel for the Summit. Special summit rates are available for attendees.


With a great venue, interesting speakers, and people from different areas of the space community participating, the Canadian Space Summit is worth attending to find out what’s going on in Canadian space.

Glen Strom is a freelance writer and editor with a background in business and technical writing. Follow him on Twitter @stromspace for the latest on Canadian space stories.
Posted by Chuck Black