David N. Caddey, the recently retired senior executive at Richmond, BC based MacDonald Dettwiler (MDA), who spent most of the last three decades managing the technical, economic and political issues associated with large space projects such as RADARSAT-2, has passed after a short illness.

As outlined in the November 19th, 2014 Aerospace Industries Association of Canada (AIAC) post, "2014 James C. Floyd Award Recipient for Aerospace Excellence," Mr. Caddey joined MDA in 1986 as project manager for all "major programs within the company."

Given the broad mandate of the original title, it's no wonder that, by 1997, Caddey knew most of the operational details of MDA projects and had a more than passing acquaintance with the intricacies of their funding mechanisms.

After periods as vice-president and general manager in both the fast growing MDA geo-information division and in the space and defense systems division, Caddey became the program manager for RADARSAT-2, in 1998. The following year, he was again promoted, this time to executive vice-president and general manager of the MDA space missions group, which was formed following MDA’s acquisition of Spar Aerospace’s Robotics Division.

Caddey was finally promoted to president of the MDA space missions group in 2002, but in 2004 he moved back into the special projects role, this time at the VP level. With one exception, a short stint as executive vice-president of and general manager of MDA’s surveillance and intelligence group from 2012 - 2014, Caddey remained the senior MDA troubleshooter until his retirement last year.


From 2000 until 2014, Caddey fulfilled various roles on the AIAC board of directors and chaired the space working group during the 2012 Emerson aerospace review.

Prior to joining MDA, Caddey spent 19 years holding down a variety of technical and operational positions in the Royal Canadian Air Force (RCAF). This gave him a point of commonality with astronaut and colleague Marc Garneau, who served as president of the Canadian Space Agency (CSA) from 2001 until 2005.


I worked with him on RADARSAT-2 and on other programs. We both had backgrounds in the military and similar mindsets.

He was down to earth, direct and unlikely to beat around the bush when there were important issues needing to be dealt with.

He was one of the driving forces in the Canadian space industry and performed the crucial function of providing important industry perspective...

According to AIAC president and CEO Jim Quick:


Dave Caddey was a leader, visionary and dear friend to many of us, and we are all mourning his sudden, tragic passing. Dave was a major contributor to the development of some of Canada’s most advanced space systems projects and achievements over the last three decades, and his influence was felt across the industry.

He was a long-standing AIAC Board member who held roles as board chairman, honourary treasurer, chair of the AIAC finance and audit committee, and chair of the space committee and the space working group during the Emerson review.

For all of those contributions and more, it was our great pleasure to award him a James C. Floyd Award for Achievement in Aerospace at the Canadian Aerospace Summit in Ottawa last November. Dave leaves behind a legacy which most of us in this industry only aspire to. He will be deeply missed.

Don Osborne, the current president of MDA's information systems group echoed that sentiment. According to Osborne:


Dave Caddey was an extraordinary person that will be profoundly missed.

He leaves a remarkable legacy that will continue to significantly impact the space industry and MDA.

His leadership, vision, tenacity and courage are renowned, but it is his wonderful sense of humour and passion to mentor that is at the forefront of what we will remember.


It is difficult to even find the words to pay tribute to Dave Caddey. Recognizing that he made such a huge contribution to Canada's space program is only part of his story.

He was a good man, fundamentally decent, generous, and principled.

He loved to tell jokes and he loved to laugh.  He was a leader, mentor, role model and friend to so many people.

He is profoundly missed.

All things considered, Dave Caddey has provided as important a legacy to Canada's aerospace industry as any one of us is truly capable of. 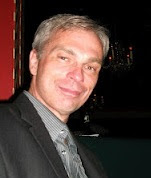