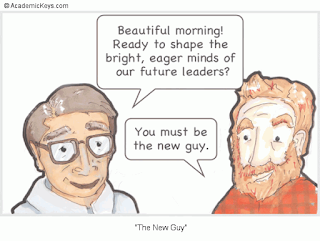 While Canadian aerospace and space firms contribute useful amounts of research and development funding, this private sector money is normally bolstered with larger pots of Federal, provincial and academic funding.

Below is the 2015 listing of some of the better recognized academic institutions and organizations for space and aerospace focused firms to collaborate with, learn from and maybe even hire a few of their graduates.

The Association of Universities and Colleges (AUCC) - As the "voice of Canadian universities," at least according to their website, the AUCC is a useful first stop when building an inventory of Canadian educational facilities focused on science, engineering, space activities or anything else. According to the AUCC, "Canadian universities educate more than 1.5 million students annually. They perform more than one-third of Canada’s research and development. And, as a $30 billion enterprise, our universities generate economic wealth in communities across Canada." AUCC also publishes the annual "Directory of Canadian Universities,"  the 2014 edition of which lists "97 universities and university degree level colleges in a consistent, indexed format."

The Canadian Universities Website - A useful overview of academic expertise in this area covering universities and colleges from the self-proclaimed "Canada's higher education and career guide." Of particular note is the listing of Space Science Scholarships in Canada although other academic sectors can also be accessed from the search page.

The Canada's Top 50 Research Colleges List - An annually updated listing of Canada's top research colleges tracked by amounts spent and areas of expertise. Designed to educate those who believe that the only true research is done in universities.

Centennial College - The Centennial College Centre of Aerospace Training and Education (CATE) provides several post-secondary, apprenticeship, corporate and secondary school co-operative programs in aerospace manufacturing and support. The facility received $26Mln CDN from the Ontario government to relocate these programs to the former de Havilland aircraft manufacturing centre at Downsview Park, in June 2014. The new facility will be part of a larger aerospace training and research hub being developed for the commercialization of new technologies.

Concordia University - Home of the Concordia Institute of Aerospace Design and Innovation (CIADI), which promotes "awareness and provide leading edge know-how among engineering students engaged in aerospace design and innovation." Also home to Space Concordia, a team of Concordia University engineering students which was an entrant in the 2012 and 2014 Canadian Satellite Design Challenge.

Laurentian University – In partnership with Science North, Laurentian offers the comprehensive Science Communication graduate program, which covers "the theory underlying good communication as well as the practical challenges of effectively communicating science and the issues involving science in society."

McGill University - Home of the McGill Institute of Air and Space Law, focused on "training aviation and space focused lawyers to serve throughout the world." The faculty maintains close relationships with the American Bar Association (ABA) Forum Committee on Air and Space Law, organizes conference on the topic and publishes the Annals of Space Law Journal.

The Perimeter Institute for Theoretical Physics- A basic research centre dedicated to "exploring the world around us at its most fundamental level." The institute supports over 80 resident researchers and a vigorous visitor program of cross-disciplinary research in condensed matter, cosmology & gravitation, particle physics, quantum foundations, quantum gravity, quantum information theory, superstring theory and other related areas.

Polytechnics Canada - The "voice of leading research-intensive, publicly funded colleges and institutes of technology." Strong advocate for moving at least some of the government money focused on R&D out of universities and into community colleges and trade schools.

Ryerson University - Possesses a well respected Engineering Graduate Program, which focuses on aerodynamics and propulsion, aerospace structures, manufacturing, avionics and aerospace systems and has some overlap in technologies, with the space industry.

The University of Alberta - Home to both the Centre for Earth Observation Sciences (CEOS), which uses Earth observation and imaging technology to monitor environmental changes, manage resources and formulate sustainable development policies, and the Institute for Space Science, Exploration and Technology (ISSET), a pioneering interdisciplinary centre for planetary and space research. The university also hosts the annual Canada-Norway Student Sounding Rocket (CaNoRock) exchange program and is home to the AlbertaSat team, which competed in the 2012 and 2014 Canadian Satellite Design Challenge.

The University of British Columbia - Home of the UBC Orbit team which competed in the 2012 and 2014 Canadian Satellite Design Challenge and of Dr. Jaymie Matthews, who acts as chief scientist and principal investigator for the Microvariability & Oscillations of STars (MOST) micro-satellite.

The University of Calgary - Home of the Institute for Space Research, which is part of the Department of Physics and focused on the areas of space plasma, aural imaging and analysis and modeling. Projects include the Enhanced Polar Outflow Probe (e-POP), a scientific payload for the CAScade, Smallsat and IOnospheric Polar Explorer (CASSIOPE), satellite, a scientific mission focused on telecommunications advances and solar weather research funded by the Canadian Space Agency (CSA) as part of the Technology Partnerships Canada program with MacDonald Dettwiler (MDA). A team from the University of Calgary also competed in the 2014 Canadian Satellite Design Challenge.

The University of Guelph - Home to the Controlled Environment Systems Research Facility (CESRF). As part of Ontario Agricultural College, CESRF and its Space and Advanced Life Support Agriculture program focus on plant research for space and other closed environment related activities. Has useful connections with the Canadian Space Agency (CSA) and the strong support of NASA's Advanced Life Support (ALS) community.

The University of Manitoba - Home of the University of Manitoba Space Applications and Technology Society (UMSATS), which competed in the 2012 and 2014 Canadian Satellite Design Challenge. As outlined in the March 4th, 2015 UM Today article, "Partners in space, U of M and Magellan Aerospace to build satellites," the university is also home to a new Advanced Satellite Integration Facility, a 6,000-square-foot area, large enough to accommodate up to three satellites at various stages of assembly, plus an ISO Class 8 clean room facility to satisfy the requirements of current and future Canadian government satellite programs. The satellites comprising the RADARSAT Constellation Mission (RCM) are expected to be built in this facility.

The University of Saskatchewan - Home of the University of Saskatchewan Space Design Team (USST), a student run organization which dominated the 2011 NASA sponsored Space Elevator Games and competed in the 2012 Canadian Satellite Design Challenge (CSDC), plus the University of Saskatchewan Institute of Space and Atmospheric Studies (ISAS).  ISAS maintains strong links to the Canadian Space Agency (CSA) through various contributions to the Canadian Optical Spectrograph and InfraRed Imager System (OSIRIS) for the Swedish ODIN satellite, the Time History of Events and Macroscale Interactions during Substorms (THEMIS) mission, the various Canadian Geo-space Monitoring (CGSM) programs and the Canadian Network for the Detection of Atmospheric Change (CANDAC) plus international research connections through the Climate And Weather of the Sun-Earth System (CAWSES) program, the Super Dual Auroral Radar Network (SuperDARN) and the Advanced Modular Incoherent Scatter Radar (AMISR) program.

The University of Toronto - Home to both the University of Toronto Institute for Aerospace Studies (UTIAS) Space Flight Laboratory (SFL), the first Canadian academic institution able to build low cost spacecraft, micro-satellites and nano-satellites, and the Canadian Institute for Theoretical Astrophysics (CITA). As the "big boy" of academic space activities in Canada, the UTIAS-SFL collaborates with business, government and academic institutions on the development of new space technologies and strengthening the Canadian skill base in space systems engineering. Recent UTIAS-SFL satellites have included the Brite Constellation of micro-satellites, AISSAT-2 (a follow-on from the very successful AISSAT-1) and the Maritime Monitoring and Messaging Microsatellite (M3MSat). The facility also has close relationships with the Canadian Space Agency (CSA), Bombardier, the NASA Ames Research Center, MacDonald Dettwiler (MDA) and multiple foreign governments.

The University of Waterloo - Home of Canada's largest engineering faculty (divided up into several different schools and research centres, most notably Mechanical and Mechatronics Engineering), the university faculty has contributed to a variety of space focused projects. These include the Heterodyne Instrument for the Far Infrared (HIFI) instrument on the Herschel Space Observatory, the VASCULAR and BP-Reg medical experiments conducted in 2012-13 aboard the International Space Station (ISS) by Commander Chris Hadfield (who joined the Waterloo faculty in 2014) and a proposed micro-satellite mission (the Quantum EncrYption and Science Satellite or QEYSSat) that would demonstrate long-distance quantum key distribution from space. The university also hosts the Waterloo Space Society (WSS), which organizes and promotes space-related events at Waterloo and within the larger community. WSS has two active engineering sub-teams: WatSat which participated in the 2012 Canadian Satellite Design Challenge and the Waterloo Rocketry Team.

The University of Western Ontario (UWO) – Home to the Canadian Lunar Research Network (now a part of the new Solar System Exploration Research Virtual Institute), the Centre for Planetary Science & Exploration (CPSX) and the co-host of the Canadian Astrobiology Network. UWO contains Canada's only graduate program in planetary science, with over 40 PhD and MSc students and a new undergraduate minor degree in planetary science and space exploration. The university can also boast of its role in development of the Near-Earth Object Surveillance Satellite (NEOSSAT), the Mars Science Laboratory (MSL), the proposed 2016 ExoMars Orbiter and EDM mission, plus the proposed ExoMars 2018 mission and has a close relationships with the Canadian Space Agency (CSA), the NASA Ames Research Center, MacDonald Dettwiler (MDA) and multiple foreign governments.

York University - Home of the Lassonde School of Engineering, which includes the department of Earth and Space Science and Engineering and the Earth and Space Science graduate program.York scientists, engineers and students have contributed the Phoenix Scout Mission, SCISAT (the Canadian Space Agency mission to research the ozone layer) the Canadian Wind Imaging Interferometer (WINDII) on NASA’s Upper Atmosphere Research Satellite (UARS) and the Canadian Optical Spectrograph and InfraRed Imager System (OSIRIS) for the Swedish ODIN satellite. York is also home of the York University Rover Team.
Posted by Chuck Black

Email ThisBlogThis!Share to TwitterShare to FacebookShare to Pinterest
Labels: Universities and Science