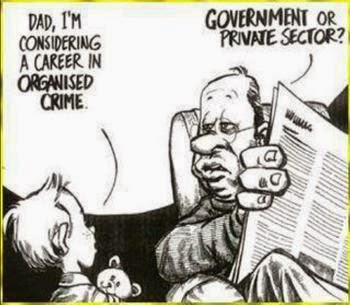 It's well known that commercial space activities are often a collaboration between academics, business and government organizations.

With that in mind, here's a preliminary list of government agencies you need to know, especially if you plan on staying in Canada to make a few bucks as you build your own private space company.

The Canadian Commercial Corporation (CCC) - Established in 1946, the CCC is a federal Crown corporation mandated to promote and facilitate international trade on behalf of Canadian industry (particularly within government markets), which is quite useful since the typical space company will sell approximately half its products and services on the international market. The CCC's two business lines are structured to support Canadian companies contracting into the defense sector (primarily in the United States) and into emerging and developing international markets.

The Canadian Space Agency (CSA) – The federal government agency responsible for Canada’s civilian space program. The CSA was established in March 1989 under the Canadian Space Agency Act and works with the Department of National Defense (DND) on military space focused activities and the Department of Foreign Affairs and International Trade (DFAIT) on activities related to international cooperation and technology transfer. As per the 2012 Federal Review of Aerospace and Space Programs and Policies (or "Emerson Report"), the CSA acts "as a technical supervisor" to support specific committees, to the Minister of Public Works in order to help negotiate "co-operative agreements with other countries' space agencies," co-manages space technology development (along with the National Research Council), conducts its own research, operates its existing satellite inventory and maintains the Canadian astronaut program. The current chief executive officer of the agency is president Walt Natynczyk, who reports directly to the Minister of Industry.

Industry Canada (IC) – The CSA is governed by IC policies on Canadian science and technology (S&T) such as the Mobilizing Science and Technology to Canada’s Advantage report (May 2007) and the Mobilizing Science and Technology to Canada’s Advantage Progress Report (June 2009). IC also manages the National Research Council (NRC) and various other organizations relating to science and technology. Portions of the IC mandate were reviewed by the 2012 Federal Review of Aerospace and Space Programs and Policies (or "Emerson Report," presented to then Industry Minister Christian Paradis in November 2012)  and the Review of Federal Support to Research and Development (or "Jenkins panel," presented to then Minister of State Gary Goodyear in October 2011).

The Ontario Centres of Excellence (OCE) - A collaborative network of organizations across Ontario designed to help entrepreneurs, businesses and researchers commercialize their ideas. One of the better provincial government offerings in this area although other provincial governments offer many of the same services with greater or lesser degrees of success. Collaborative organizations include the Business Development Bank of Canada (BDC), the Centre for Commercialization of Research (CCR), OMERS Ventures, the Ontario Aerospace Council (OAC), the Ontario Network of Entrepreneurs (ONE) and quite a few others. Many Canadian space companies (and even a few academic institutions) receive funding through the OCE or through organizations affiliated with it.

The United States Office of Space Commercialization – Only in Canada would it be possible to suggest that one of the best places to find information on government space policies and initiatives would be a foreign government website. But in an age focused on the US International Traffic in Arms Regulations (ITAR) and its Canadian equivalent, the Controlled Goods Program (CGP), this site provides great background material from the US Department of Commerce relating to commercial space activities, general policy information affecting all areas of commercial space activities and documents related to the US National Space Policy. Highly recommended for space geeks looking to sell into, but not necessarily live in, the US market.
Posted by Chuck Black